Trieste as the new “vape” capital? BAT believes so, 500 million are on the way 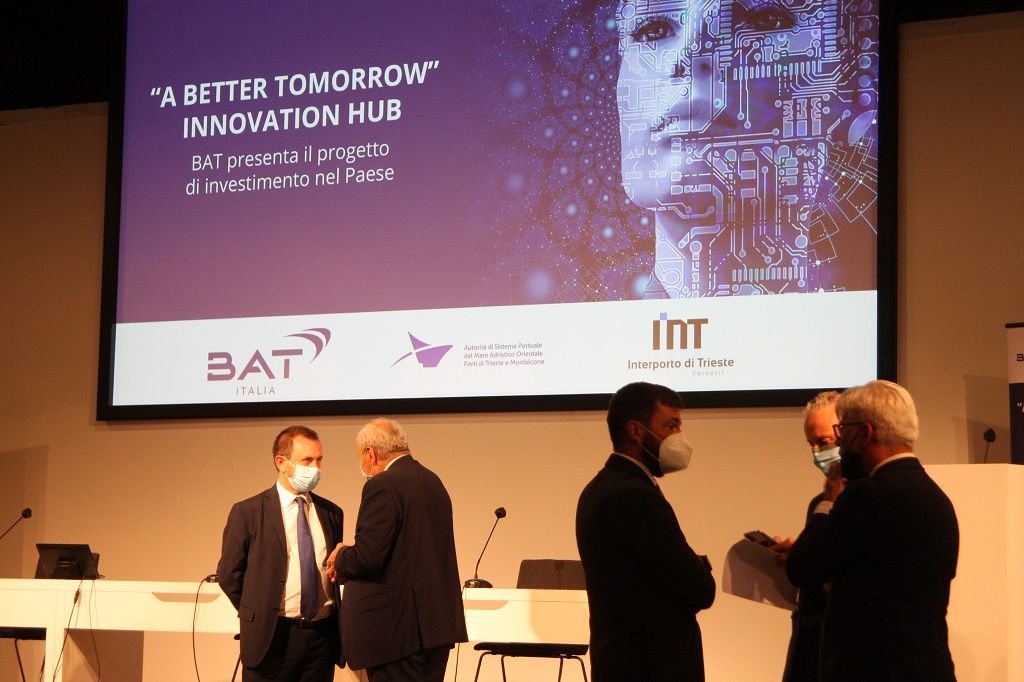 28.09.2021 – 18.00 – At ESOF 2020 a year ago, British American Tobacco (BAT) came forward to explain the progress of its biotech subsidiary, Kentucky BioProcessing (KBP), which is developing an anti-Covid vaccine using technology based on the rapid growth of tobacco plants.
The BAT representative had joked on the occasion that it was the first time a multinational company was acting in the name of health. However, this is an important change of direction for the tobacco giant, which is aware that tobacco use and abuse are no longer acceptable business strategies.
Indeed, for some time BAT has had a policy of selling electronic cigarettes and similar products alongside the traditional production of cigarettes, which are still consumed in certain countries. Anyone who smokes will have witnessed how the price of tobacco has risen to unsustainable levels; a rise favored by the state but also encouraged by BAT itself, which wants to abandon a “suffocated” sector.

For business reasons, of course: It is not convenient for the multinational to limit its sales to a declining sector that is no longer defensible. This awareness was evident at today’s presentation in Trieste, which can be described without exaggeration as a historic moment for the city: It has been thirty years since a high-profile factory has settled in the port of Trieste, guaranteeing high-profile times and investments far superior to those of the Arvedi rolling mill: 600 skilled jobs, especially in STEM sectors related to the National Recovery and Resilience Plan; 2100 indirect jobs thanks to the induced activities; 500 million minimum investment; and shortened deadlines, with the first part of the factory ready to start operating as early as next May.

The very characteristics of the factory to be built illustrate the change of direction that goes far beyond industrial location: the “Better Innovation Hub”, as it has been defined, will include 12 production lines for “alternative” tobacco products, but also a Digital Boutique, an innovation laboratory and a center for digital transformation and digital marketing.

It will therefore be a multifunctional industrial complex in which the scientific element will not be an accessory but a central component: Right here, in Trieste, BAT wants to develop new products “with reduced risk potential”, a euphemism for consumer products that do not have the devastating health consequences of the classic cigarette. There is already such a research center in the United States, as well as in Asia, and now Europe completes the picture with Trieste.

The geographical position of the city, as well as its scientific vocation, thus again play an important role: the president of Port Authority, Zeno D’Agostino, noted that it was precisely ESOF 2020 that provided the (necessary) media presence, while Roberta Palazzetti, president and CEO of BAT Italia, explicitly mentioned the geographical position of the Julian port as one of the fundamental elements for the supply of Southern Europe and a key role in the panorama of the old continent. The scientific component, aimed at developing new products and new uses for tobacco, is not incidental or unimportant. It is not a “cigarette factory”, we would like to stress that once again. On the other hand, the building itself, announced the Chief Marketing Officer Kingsley Wheaton, will be environmentally sustainable and the factory “carbon neutral”, in line with Green New Deal guidelines. In short, there will be no “smoke” if not “electronic”.

President Palazzetti‘s speech was emblematic in this sense, highlighting the city’s two key components: science and the port. Palazzetti referred to the aspect of research, stressing that “we are talking about extreme innovation. Trieste will be our European center for the future development of our products“. In addition to experiments, there will be “a center for digital marketing, that is, everything related to artificial intelligence and data analysis.” A fundamental role “not only for Italy, but for the whole of Europe”. The title “A better tomorrow” refers instead to the mission of BAT, namely “a better future for health and the environment”. In relation to this first objective, the aim is “an active policy that guides traditional smokers towards lower-risk products invented and manufactured in Trieste”.

We want to “reach 50 million consumers with these alternative products by 2030 and make 5 billion in sales”, while today we have “16 million consumers, which has increased by 6 million in the last few months alone”, so “the goal is within reach”.
In the field of environmental protection, “we want to achieve carbon neutrality for all offices and facilities by 2030, and for our entire line by 2050”.

In this area, “Trieste will be ahead of the rest: We want to work with 100% renewable energy, thanks to photovoltaics, and do our best to be carbon neutral from the beginning”.
For Trieste, “the geographical aspect is fundamental, because this infrastructure will supply not only Europe but also other parts of the world”.
Moreover, “Trieste is the city of science, of knowledge, the center where the largest concentration of researchers in Europe is located”. Therefore, thanks to the factory, “activities of collaboration with the various local organizations and companies will begin, both from the point of view of science, start-ups and the college”.

Of course, these are biased statements: Every multinational corporation is currently recycling its image as “green” and concerned about the health of its customers. An undertaking that is all the more difficult in the case of BAT, considering that the company’s history dates back to 1902, at the beginning of the era of mass tobacco. It is no coincidence that the full wording “British American Tobacco” is not to be found in the presentation brochure except in the footnotes. While BAT has a tobacco phase-out policy, there are other non-European markets where a very strong “smoking” policy is in place: This is the case in Africa, where cigarette consumption is once again a lucrative business due to a very young population. Only a few days ago, the prestigious newspaper The Telegraph described BAT as a modern “East India Company”, referring to the company’s expansion in the African market. At the time, BAT declined to comment and denied any involvement.

So there are some unclear elements in BAT, even if the turn in favor of “green” plants and electronic tobacco in the Western market, including Europe, is undeniable.