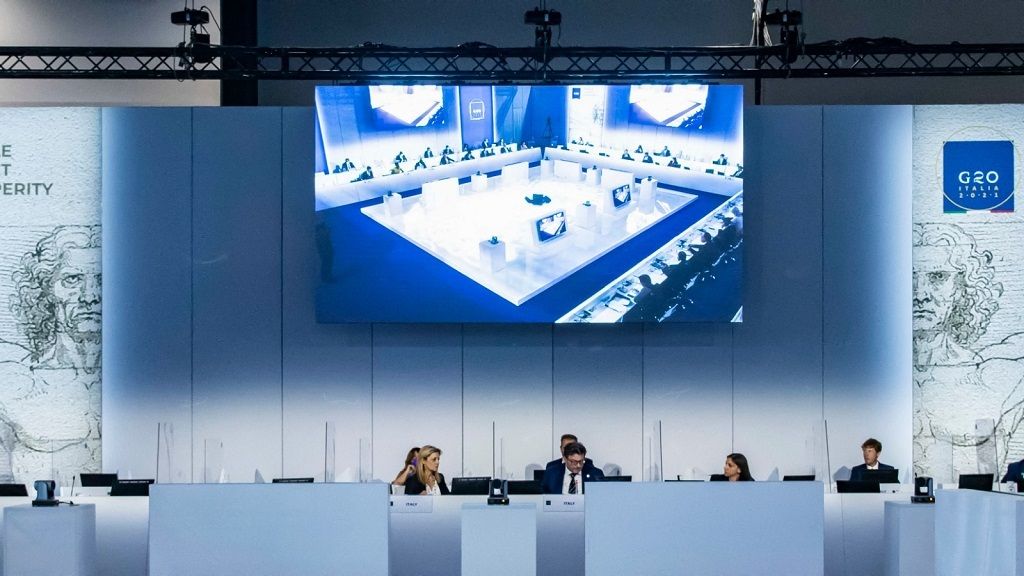 06.08.2021 – 10.00 – Trieste continues to be a city where quantum is not only discussed but also concretely used. After the “hacker-proof” communication experiment that took place at ESOF 2020 in the presence of the former Prime Minister Giuseppe Conte, quantum technology was again discussed at the G20 Summit in Trieste. This time, the communication did not take place between the University of Trieste and Porto Vecchio, but involved three states and three cities, namely Trieste (Italy), Ljubljana (Slovenia) and Fiume/Rijeka (Croatia).
The transmission took place via an 80 km fiber optic cable in the presence of the Ministers for Economic Development Giancarlo Giorgetti, for Technological Innovation and Digital Transition Vittorio Colao as well as the foreign delegations attending the G20 Summit.
The usefulness of quantum communication is that it is virtually hack-proof with an encryption system based on the use of numeric keys generated remotely by the exchange of photons. If a hacker attempts to intercept this key, it immediately leaves a trail that allows the intrusion to be detected and immediate intervention to be taken.

The communication that took place in Trieste included the welcoming of institutional representatives and the performance of three musical quartets, each linked to the tradition of the three states and performed respectively by Trieste Conservatory “Giuseppe Tartini”, Ljubljana Academy of Music and Zagreb Academy of Music.
Apart from the similarities between the peoples and cultures, the demonstration is particularly relevant in view of the future European Quantum Communications Infrastructure (EuroQCI), promoted by the 27 Member States and the European Commission with the support of the European Space Agency and to which Italy contributes with its research centers.

In today’s case, the demonstration was jointly organized by Prof. Angelo Bassi from the Physics Department of the Uniersity of Trieste and the Quantum Communications group of the National Institute of optics of the CNR, led by Dr. Alessandro Zavatta, in the framework of the “Quantum FVG” project funded by the Autonomous Region of Friuli Venezia Giulia. It was realized thanks to the collaboration with Dr. Davide Bacco of the Danish university DTU and the Italian quantum communication company QTI, a spin-off of the CNR, with the support of TIM and Sparkle, which together with Lightnet provided the optical fiber links.
For Slovenia, Prof. Rainer Kaltenbaek and Prof. Anton Ramsak from the Faculty of Mathematics and Physics at the University of Ljubljana were involved in the organization, with the technical support of Telekom Slovenije.
For Croatia, Prof. Mario Stipčević and Martin Lončarić from the Ruder Bošković Institute in Zagrabria participated, with technical support from OIV and Stelkom.