“The Game”: the dangerous game of the Balkan route 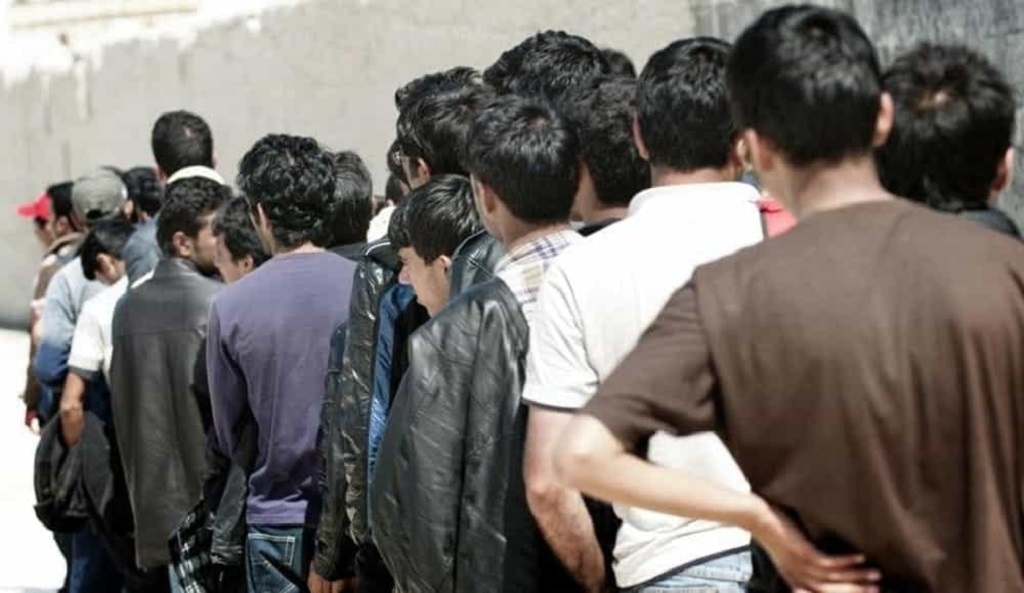 13.04.2021 – 11.10 – Even though the health emergency remains the undisputed protagonist in the most recent debates, both in media and politics, immigration is still a hot topic in our peninsula, and especially in Friuli Venezia Giulia.
In fact, in January 2021 the UN Agency for Refugees (UNHCR) published data on the migration trends in Italy and, specifically, on the situation on the border with Slovenia, which recorded a total of 70/80 arrests.
As explained by the same Agency, the data is partial and refers to arrests, not to the total number of people who passed the border, which is actually much higher.
Conditions of reception and support to migrants in this area are inadequate, according to UNHCR: the long journey through the Balkan route, sadly called “The Game” by the same people who undertake it, poses according to the UN “objective difficulties”.

The conditions, the UN stressed, are far from adequate, given the harsh circumstances of the crossing through the Balkan woods.
Also in January 2021, the practice of informal readmissions of asylum seekers, advocated bilaterally by Slovenia and Italy in the same way, was suspended because of the judgment of the Court of Rome on January 18th, which ruled on readmissions, defining them as illegal and not in accordance with Italian and European laws.
Between January 26th and 28th Chiara Cardoletti, UNHCR Representative for Italy, the Holy See and San Marino, led a mission to the border between Italy and Slovenia to express concern to local authorities and civil organizations about the testimonies of migrants victims of all kinds of violence suffered along the route, stressing that we must give those who arrive at the border the possibility to have their personal circumstances, motivating the migration, verified.

According to the Refugee Convention of 1951 and the European Convention on Human Rights, member states are required to ensure international protection to anyone arriving at the border, even if the arrival is irregular.
It is also provided, by the same conventions, that the practice of mass rejections is not implemented.
In the city of Trieste, which is particularly affected by the arrivals as the outlets of the route are located on the plateau of the Julian capital, a meeting was held between the Minister of Interior Luciana Lamorgese and the mayors of Friuli Venezia Giulia, and the president of the region, Massimiliano Fedriga.
During the meeting, the Minister congratulated on the policy of informal readmissions of unaccompanied minors, which last year, thanks to a directive issued to Prefects by the Minister herself, were three times higher than the number recorded the previous year.

On that occasion, the NGOs operating on the territory had pointed out that the Minister’s statements were contradictory and in conflict with Articles 3 and 13 of the European Convention on Human Rights, Articles 3, 4 and 14 of Regulation (EU) No 2016/399 and Articles 3, 4, 6-11 of Regulation (EU) No 604/2013.
On April 7th, the serious situation of the Balkan route, also as a result of the recent arrival of more and more children and women, has been brought again to the attention of the City Council by the councilwoman Sabrina Morena (Open Fvg) who requested the convening of the I Commission to discuss the need for an intervention of the Municipality of Trieste on the subject of rejections on the border of asylum seekers from the Balkan route, presenting a motion for an urgent intervention, with which to stop this practice in collaboration with the Italian government and the ministers, allowing the migrants to apply for asylum.

Hence, the request to express to the consular representations of the Republic of Croatia the deep concern of the municipal administration for the violence of which the migrants themselves are subjected.
“We ask for an effort to identify and condemn the perpetrators of such violence” explained Sabrina Morena, specifying, as far as the Municipality of Trieste is concerned, the importance of “promoting initiatives of information services on the right to asylum by disseminating them on institutional social channels in different languages: English and languages of the countries of origin of migrants, to inform them about their rights and duties”.
In this regard, the Councillor Maria Teresa Bassa Poropat stressed the importance of this act for “an institutional type of information, instead of relying on biased information, to clarify the elements necessary to enter the country”.

In this regard, the Deputy Mayor of Trieste, Paolo Polidori, also intervened, reiterating how the “Municipality in the field of immigration is responsible only for unaccompanied foreign minors”, which are the direct responsibility of the Mayor, who does not, however, have “authority to manage borders, there is no relevance in the field of rejections.
The Municipality participates in the Public Safety Committee of the Prefecture with regard, for example, to the gathering of migrants following the outbreak of the health emergency, while the issue of borders belongs to the Government”.
For this reason, the motion “is returned directly to the sender” added the Deputy Mayor, “the Government should make information campaigns in agreement with Europe, advising against taking the routes.

The Balkan route is not an easy way, the information should be not to undertake it given its danger.
Migrants are stuck in camps in Bosnia, and this is the real tragedy of immigration.
It is the Government’s task to deal with economic support policies on the spot, i.e. in the countries of origin of these people.
The reception system is the responsibility of the Prefecture, which launches the calls for tenders, whose winners take a lot of money to maintain and take care of these people.
Then, before the actual reception, the question of quarantine must be considered, which is also the responsibility of the Prefecture”.
In fact, as explained by Morena, the municipality has in place several projects for the reception of asylum seekers, such as SAI/SIPROIMI (System of Protection for holders of international protection and unaccompanied foreign minors), formerly SPRAR, and the possibility to “get in touch with the Italian government by pointing out the difficult situation of rejections and violation of human rights” is still there.

” Verification of arrivals requires powers that we do not have” Polidori reiterated, “we can verify the state of the art, the situation, ask for explanations to the Italian Government, but for the rest are powers that we don’t have, it’s a wrong and badly asked question.
We all agree that violence should not happen, but rejections should”. For its part, Morena explained that the opposition will not stop shedding light on the issue: “we will continue to beat on this issue with initiatives, it is a European issue, not just an Italian issue, and here it is up to the MEPs to act. We feel very powerless in front of such a situation, which does not change, especially considering the numerous violations of human rights”.