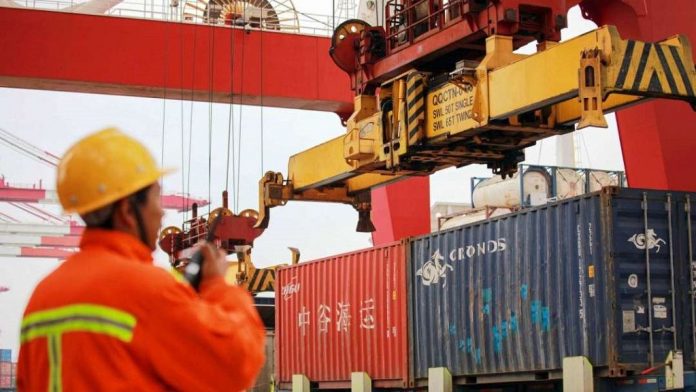 17.09.2020 – 15.50 – The U.S. Department of Commerce has updated, since August 2020, a black list, called “Entity List”, which includes a wide range of Chinese companies that are in fact excluded from the U.S. market: U.S. companies will need an authorization by the government to have business relations with these foreign companies.
The “Entity List” includes 24 Chinese state companies and another 300 companies of various kinds, including Huawei.
It is news of the last hour that the United States has decided to add the first Silk Road
company (one belt one road) to the list, namely the China Communications and Construction Company with which Italy, through the Port of Trieste, had signed a Memorandum of Understanding, aimed at transforming the city into one of the ports of call of the Maritime Silk Road.

Formally, the CCCC has been included in the “Entity List” for its role in the construction and militarization of the islands of the South China Sea, part of a Chinese project aimed at
strengthening its presence in an area contested by its south-eastern neighbours and US
interests.
Though the issue is being taken from a “nationalist” and “human rights” perspective, it should be noted that the South China Sea boasts abundant oil and gas reserves. The inclusion of the CCCC on the US blacklist has led to whether the Memorandum signed two years ago will ever come into force; and it is interesting in this regard how the Entity List excludes only US companies, certainly not Italian ones; although Italy has immediately felt included in the US ban.
The China Communications and Construction Company has underlined, as it did in August, its interest in continuing the Silk Road enterprise, which by its very name has always seen a direct involvement of Central Asian and European nations. The CCCC is currently active with its (many) subsidiaries in Sri Lanka, Pakistan, Cameroon, Singapore and Jakarta.

“Sino-American relations are at their lowest level since the beginning of our diplomatic history.
Due to the escalating political conflict, the uncertainty that accompanies the CCCC’s
overseas operations has increased,” said the company.
“However, investment in infrastructure is a source of global economic growth. That is why
China has continued to support the One Belt One Road initiative.
“China’s focus on the Silk Road has become a key strategy for the country, all the more so at this time of opportunity.
Far from abandoning its trading partners, the CCCC therefore seems willing to continue with its projects. On the other hand, the Silk Road includes 140 countries and more than 30 international economic organisations, which have signed more than 200 agreements with China for a total of 855 projects under construction, for a total value of more than 141 billion dollars.

It is likely that, due to the economic and health emergency, the Silk Road will focus more on Asian countries; however, we cannot speak of its “end”.
The actions of the United States also reflect an uncertain South-East scenario, where those very countries that one would like to “protect” from Chinese interests in the South Sea seem to be realigning in Beijing.
This is the case with the state of the Philippines, which have clearly contradicted the Americans, stating that they will allow Chinese blacklisted companies, including the CCCC, to continue their work. According to President Rodrigo Duterte, the development of
infrastructure with Chinese aid is a “national priority”.
Duterte’s move, initially on good terms with Trump, reflects a global distrust of the United
States, aggravated by the Coronavirus, but already latent in the last years of the Obama
presidency.

At present, according to the Pew Research Center, confidence in the “land of freedom” is at its lowest level since the invasion of Iraq.
Only 41% of the population of the United Kingdom has a positive view of America, while in
France these percentages are down to 31%; Germany now seems to have “broken away” from the United States, with just 26% looking sympathetically to Americans.
The percentages drop sharply when it comes to judging the president: confidence in Trump remains extraordinarily low, reaching 9% in the extreme case of Belgium.
Confidence in the president rises when one looks at the European populist parties; yet here too, among the European right wing, skepticism remains high.
Only 29% of the Lega has confidence in Trump’s action; and the exception to the norm is the party of the ultra-right Vox in Spain which, however, stops at 45%.

This historic lack of international recognition that had already occurred in the Bush “dynasty” is a counterbalance to the vision of China as the world’s leading economic power. Most Western nations, according to Pew Research Center surveys, have considered China the world’s leading economic power since 2017, relegating the United States to second place.
In a survey of 34 different Western nations, the Pew Research Center observed that 48% of
the population consider China “The world’s leading economic power”; in Asia, only Japan and South Korea remain loyal to their ally overseas.
It is a scenario that plays a key role because it highlights a multi polar world (and economy), animated by several world players. In such a scenario, the exclusion of the CCCC, rather than  isolating China, seems to accentuate the already strong American economic and political alienation.

In this context, it should be noted that it will depend on the Government’s action on how and when to act on the Memorandum with the Port of Trieste. Lately, there has been no lack of declarations in favour of the United States; however, Italy has a long tradition of mediating between several partners and alliances, of which the best example is in relations with Russia and Iran, both nations fiercely opposed to the USA.
The first step was to be the wine export platform, which despite the delays had shown
concrete progress just a few months ago. However, it is necessary to consider how, in the
case of an Italian refusal, there is no lack of alternatives between the Balkan ports. The
United States itself is aware of this; Mike Pompeo demonstrated this by visiting Slovenia and “courting” his US alliance.
Hardly twenty, thirty years ago it would have been conceivable for such a small nation to
receive the attention of America. The Silk Road, in this scenario, will continue to be travelled following other routes and other paths.