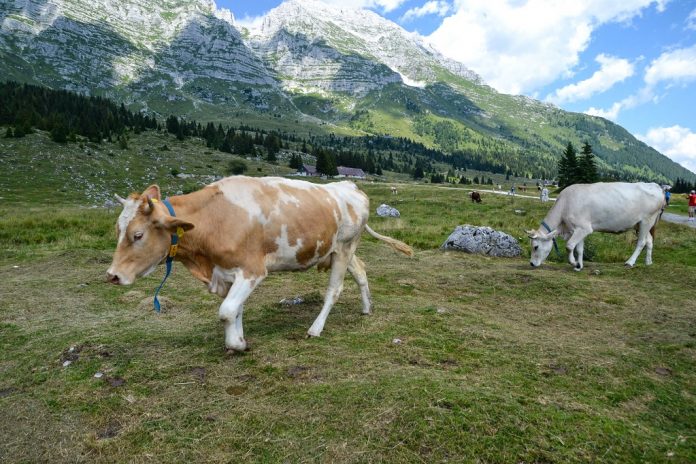 10.08.2020 – 16.45 – Friuli Venezia Giulia is a land rich in history, culture and tradition. To (re)discover it, PromoTurismoFVG has developed a vast calendar, with over 300 events, to reveal its secrets and the most curious anecdotes, walking among monuments, museums, landscapes and towns, guided by local guides. A unique opportunity for tourists and citizens to explore and learn about the beauty of the area.
Walking on the thread of history in Gorizia.
A border town in the centre of Europe, with one foot in Italy and one in Slovenia, Gorizia is considered the most melting pot town in Friuli Venezia Giulia and is, together with Nova Gorica, one of the candidates for European Capital of Culture 2025. The multi-faceted soul of this city can be discovered with seven themed guided tours available until January 2021. In addition to the classic guided tour between Habsburg palaces and the streets of the old town, you can admire its beauty in the light of the sunset, enjoying the view from the castle, but also by taking a close look at its fountains, trees and gardens.

There are three cross-border itineraries to capture the essence of a city that in one night found itself divided by a border decided elsewhere: the Bourbon itinerary “From the court of France to Gorizia: the golden exile of the Bourbons” will take you as far as the monastery of Castagnevizza, across the border, where Charles X, the last king of France of the Bourbon dynasty, is buried. “Gorizia, little Jerusalem on the Soča“, will walk you through the Jewish history of the city and crosses into Slovenia with a visit to the Jewish cemetery of Val di Rose ending in a synagogue with a focus on kosher food and another historical route to discover the stories of the border: you will receive a propusnica , by now a legendary pass that was once mandatory to cross the border, and the visit will continue to the Museum of Smuggling, in Piazza Transalpina, with one foot in Italy and one in Slovenia, and the Border Museum.

Discovering UNESCO’s world heritage in Cividale del Friuli, Palmanova and Aquileia
Three Unesco world heritage sites within a few kilometers. Great history has passed from Friuli Venezia Giulia and culture lovers will be able to visit and discover these arts and history hot-spots. In Aquileia, an important city of the Roman Empire and the main centre for the spread of Christianity in northern and eastern Europe, you can visit an important archaeological area and be enchanted by the beauty of the floor mosaics. And this year Aquileia reserves an important novelty: FVGcardAquileia, the only ticket to visit the Basilica, the National Archaeological Museum and other sites at a cost of €15 for adults and €7 for children from 12 to 18 years old (on sale only at the Aquileia info point). Cividale del Friuli is the starting point of the Lombard itinerary in Italy: seat of the first duchy that the Lombards established in Italy in 568, it preserves significant evidence of this period, first the small temple, one of the most extraordinary and mysterious early medieval architecture (Cividale del Friuli, Longobard atmosphere and The Longobard Jewel), while Palmanova, the nine-pointed star-shaped fortress town is a model of an ideal Renaissance city and an example of military architecture able to show the visitor the technical evolution of the science of fortifications throughout the modern age.

To discover all the secrets used by the militia to defend the perfect star, there is also a visit, at night, to one of the many galleries of the fortress. Guided tours of Palmanova are online, details here.
FVG, a summer of culture among towns and villages.
In search of long-gone times, among the clocks of Pesariis in Val Pesarina and ancient books in San Daniele del Friuli. These are just some symbolic places of the region that can be visited with tourist guides: from the peaks to the sea, Friuli Venezia Giulia offers numerous opportunities to get to know the culture and traditions of the area. It is enough to reach Pesariis, a magical village in Carnia where time seems to have stopped, if it were not for the dozens and dozens of watches that characterize and “decorate” the little town: from water clocks, sundials, paddle clocks and astronomical clocks. Three centuries of history are collected, in fact, inside the Watchmaking Museum, where the guides will retrace the main stages in the history of the production of Pesariis watches from the end of the seventeenth century to today. A walk in the woods and then you will reach a small church, in Osais, which houses an extraordinary cycle of frescoes.

San Daniele shines for its excellence, not only for its renowned ham, ambassador in the whole world of the Friuli Venezia Giulia region, but also for its art and culture: in the church of Sant’Antonio Abate you can see the most beautiful cycle of Renaissance frescoes in the region, which have earned the hill town the nickname of “little Siena of Friuli”, without forgetting the Guarneriana, the oldest library in Friuli and one of the first public ones in Italy, founded in the 15th century and which today houses a very precious heritage with 12 thousand ancient printed volumes (San Daniele del Friuli: the Renaissance of culture and taste).
FVG, a summer of culture among cities without secrets
Trieste is the city of coffee, but also of important writers: in the footsteps of Saba, Svevo and Joyce the local guides will lead you along the streets, through the squares and to some of the buildings and places that have left their mark on history. The guided tour though Trieste and its multi-religious soul will soon be joined by two other itineraries, a night tour, to discover some of the most fascinating corners of the city, and the one to the propylaeum of San Giusto and the Roman Trieste. Not only the city but also its surroundings: summer is the right time to visit the seaside village of Muggia, with the itineraries designed by Gal Carso in collaboration with PromoTurismoFVG to discover the old town and Muggia Vecchia, the elegant castle, the secrets of a perfect sponge in the historic Rosenfeld sponge factory and all the curiosities about the myth of Ludwig van Beethoven at the Beethoveniana library, one of the most important in Europe.

But you can also retrace the evidence of the Great War, between the mouth of the Timavo river, in San Giovanni di Duino, or along the Rilke path on the trail of the Battalion of Marina Trieste. Between its medieval centre and the imprint of the Serenissima, Udine is the city that guards and preserves Tiepolo’s masterpieces: the Venetian painter left several works here. But visiting Udine also means getting lost along the streets of the old town centre that reunite in Piazza Matteotti, the heart of the city. Of course, while enjoying the beauty of Udine you have to stop in one of the typical taverns for the “tajut” ritual. Romantic and charming Udine will offer the opportunity to discover the city in its lesser known corners.
Suspended visits and free FVG Card for healthcare workers from all over Italy:
PromoTurismoFVG promotes culture with some initiatives also during summer. The suspended guided tours project has started: visitors who want to donate a guided tour to people in need or large families (recipients: children between 12 and 25 years; seniors over 65; families from 2 children upwards) will be able to buy a guided tour with a 50% discount (€5,00) in the different info points of the region.

Also available is the FVG Card, the pass with a duration of 48 hours or one week (from the first use) that allows you to enter for free or take advantage of special promotions and advantages in most of the sites of historical, cultural, artistic and tourist interest in the region. And as a sign of gratitude for the great work put in place by all the health personnel during the emergency, the Region in collaboration with PromoTurismoFVG has decided to pay homage to the healthcare personnel all over Italy with the FVGCard, which will be given free of charge to the healthcare workers (valid for the whole family) showing their badge in one of the info points of the region.