Mayor Dipiazza writes to Conte: “Restart before the 4th of May” 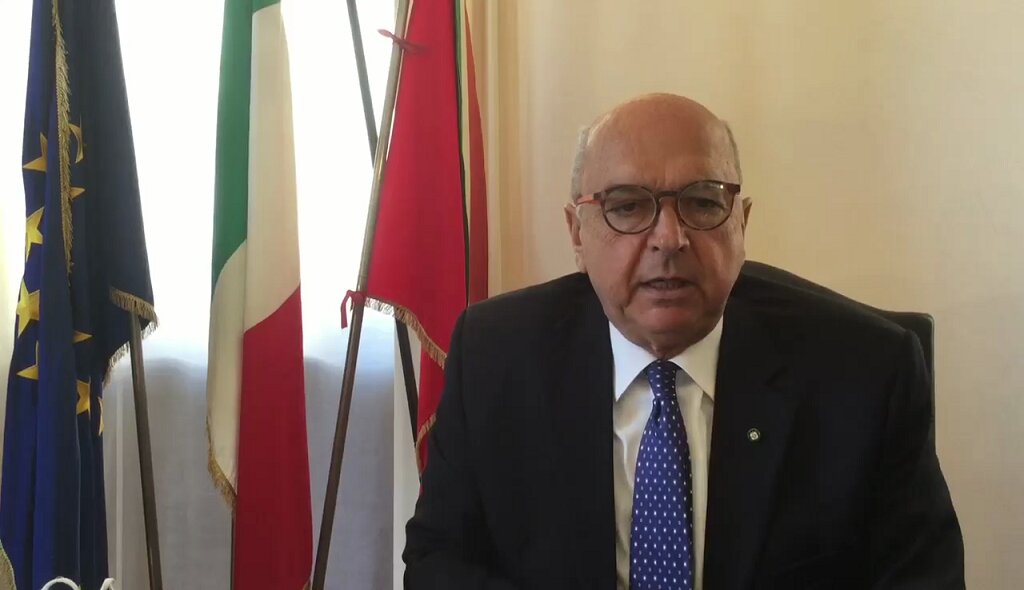 23.04.2020 – 12.06 – As the resources to support Italy’s various economic realities get exhausted, the demands to reopen earlier are increasing: safely, keeping social distances, masks and gloves, but to reopen.
Trieste, which has based its economy mainly on tourism and the tertiary sector, thus launches an appeal, with a letter drafted by the Mayor, Roberto Dipiazza, who asks Prime Minister Giuseppe Conte to allow a gradual resumption before the fateful date of May, 4th.
The Mayor also notes that the neighboring countries, with which Friuli Venezia Giulia has strong relations, are already reopening and restoring a set of industries and activities closely related to the economy of our Region.

We report below the letter in its entirety: Mr. President, with the common awareness that we are a great country and with the conviction that we can come out better on an individual level and more united as a community from this experience linked to the Covid-19 emergency, I am writing to you to bring to your attention both the reality of how the city of Trieste, which I am honored to administer for the third time, is experiencing this situation, and how the industrial, commercial and artisan sector is moving to be ready for the gradual restart, which we hope will happen sooner than expected.
It is not my intention to present to you the numbers related to this situation that, unfortunately, you know well and that in this period are our travel companions regarding the choices and decisions we have to take.

Instead, I want to point out the fact that if Trieste and Friuli Venezia Giulia are a virtuous reality both in the national panorama and among the northern regions of the country as far as the containment of the Covid-19 is concerned, this is due to the sense of responsibility and respect for the rules on the part of its citizens and the different trade associations of the territory.
This behavior is the result of the trust that the population has in the leadership of the Government, the Region, the Municipality and the different economic categories.
Trieste, as historical, cultural and scientific heritage of the country, and the entire region of FVG have always been an example of fast reaction and ability to rebuild.
The population of these lands has been awarded the Gold Medal of Civil Merit for the events linked to the earthquake of May, 6th, 1976, with the following motivation: “on the occasion of a disastrous earthquake, the entire population of Friuli Venezia Giulia gave collective proof of civic spirit and moral strength, offering a decisive contribution and unconditional commitment to the rapid moral and material reconstruction of the destroyed countries.

Splendid example of great social solidarity and noble spirit of self-sacrifice, worthy of the administration and gratitude of the whole Nation”. This shows what our DNA is made of.
Even in this tormented times, there is a constant dialogue between this municipal administration and the Governor of Friuli Venezia Giulia Massimiliano Fedriga, always focused on the management of the emergency and never political.
Equally constant and intense is the dialogue with the President of the Industrialists Michelangelo Agrusti, the President of Confcommercio Antonio Paoletti, the President of Confartigianato Dario Bruni, whom I thank for the great sense of responsibility and the important technical contribution in the harmonization and management of the different phases of support to the sector and the restart.

Both as Municipality of Trieste and as Associations, everyone is doing their part in the
interest of the citizens, the territory and therefore the country.
Trieste and Friuli Venezia Giulia are already ready to gradually enter the reopening phase. We hope and ask that this reopening can, by virtue of the data, the concrete example of responsibility shown by the population and the protocols already approved by the various categories, take place before the 4th of May. Like the whole country, Trieste and Friuli Venezia Giulia, as well as suffering, the devastating economic effects of this situation, besides suffering because of the effects of the reopening of neighboring countries.

The first objective to be safeguarded certainly remains the health of the citizens, but it is also true that without an economy there is not even health.
Mr. President, Trieste and Friuli Venezia Giulia are already ready to start the reopening phase and the hope and request of this municipal administration and of the productive sector of this territory are that this can happen before May, 4th, arranging every step with the Government and the Region of Friuli Venezia Giulia.
In wishing you all the best in your work in this difficult moment and assuring you of loyal institutional collaboration, I trust that what has been brought to your attention can become the object of the ongoing decision-making process.