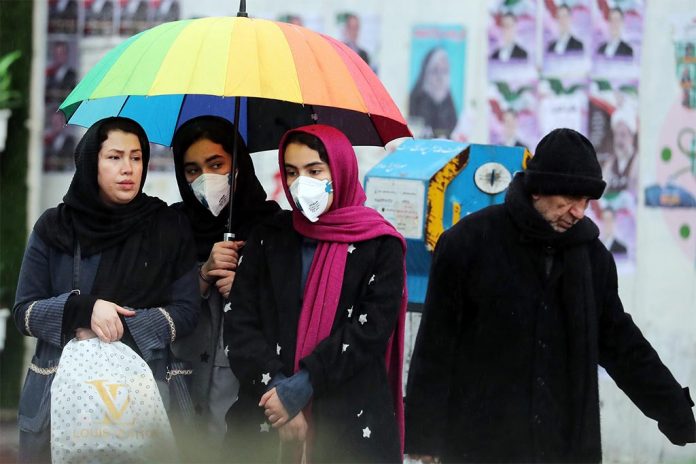 23.03.2020 – 18.33 – The spread of the Covid-19 epidemic from the epicenter of Wuhan in China to over 160 countries around the world risks imposing on the world a rapid redefinition of globalization from which the world’s equilibrium will be significantly altered and international players could be almost genetically mutated at the end of the pandemic.
In addition to the internal emergencies of individual countries, the crisis is in fact having a significant impact on relations between states and on the world economy, with responses ranging from the closure of borders to the limitation of tourist trade, from the blockage of manufacturing production in China to the decline in stock exchanges in Asia, Europe and the United States.

The Coronavirus has both, democratic and apolitical characteristics, it affects everyone by putting countries on an equal level, from the most long-standing democracies to authoritarian systems.
We are facing a crisis which undoubtedly has health and economic repercussions and which has put all systems in great difficulty, which now could witness the development of internal political crises if public opinion does not believe that the political power is addressing the emergency with appropriate measures.
The expansion of the virus started from China, the main international player on the march to conquer the world, with the “Belt and Road Initiative”.
The People’s Republic had decided to go beyond its borders to propose an alternative model of globalization.
Now China’s main concern is to rehabilitate its international image by playing the role of a global health partner thanks to its front-line experience in the fight against the virus on a large scale.

In Europe, the rapid expansion of Covid-19 first hit Italy and is now spreading relentlessly throughout the European Union questioning the resilience of national health systems and the balance between countries.
The resilience of the Union will depend on the response that the member countries will give to the impact of the pandemic on the continent’s economies.
The European Union has always had difficulty in expressing itself with a common foreign policy and the current health emergency will be the real test of the ambitions of individual countries against a truly shared approach.
With the spread of the epidemic in Italy, European countries and the European Union itself have shown a lack of pragmatism and awareness in dealing with the emergency, and poor decisions concerning health quotas.

The closure of borders and cases of seizure of medical equipment on the way to Italy has shown a lack of solidarity in the EU, where only the decisions of the single states count.
Moreover, the panic created on the markets by the words of the President of the European Central Bank (ECB) does not appear to be dictated exclusively by a slip of the tongue, but by a basic macroeconomic approach that Christine Lagarde could propose again despite having been strongly criticized by those, and there are not a few even among the top management of the ECB itself, who regret Mario Draghi.
This is a proof of a continent that has not tried to give a unified and coordinated response to the problem, thus leaving public opinion defiant of the European institutions.
If states continue to offer political solutions on a national basis without EU coordination, it is likely that one of the post-pandemic effects will be the further loss of credibility of the European project.

The pandemic caused by Covid-19 could be the first non-US-led global crisis.
The role of the United States on the international scene reflects the attitude Donald Trump has given to his administration: “America First”.
With an initial underestimation of the problem, President Trump is pursuing a policy of health and economic containment that thinks primarily of American citizens and businesses.
The very fact that one can imagine the possibility of acquiring the exclusive use of a vaccine for American territory makes one imagine how much Trump’s policies are aimed to the stomach of the American electorate.
The management of the crisis is now a test for the President, who has to think about the election campaign.

In front of the Democratic competitors on the list for the White House (Biden and Sanders, ready to attack the hyper-liberalist presidential approach to national health), Trump is carrying out a nationalist containment action, not really thinking of helping historical partners (such as Italy), unconsciously leaving China the leading role in this global health crisis.
The Covid-19 crisis will call into question the principles of economic globalization on which the global economy and relations between states were based.
However, the latter must learn one thing from the model of globalization: given that we are facing a pandemic, it cannot be thought that purely national responses can succeed, global responses, both political and monetary and fiscal, are needed.

The tensions and dualisms currently present in the world (Iran-USA, China-USA, North Korea, the crisis in Syria, the role of Turkey, and so on) do not help to contain this crisis.
The supporters of the doctrine of multilateralism and the promoters of supranational institutions would do well to take the initiative again, so that the projects that are currently struggling, such as the UN and the EU, but also the WTO itself, may regain sense and offer themselves as pragmatic actors for the management of the most complex aspects of the crisis.

Trieste and its port, D’Agostino: “Leaving the Silk Road would be suicide”