Free trade zone and free port of Trieste: a story of (over) 30 years 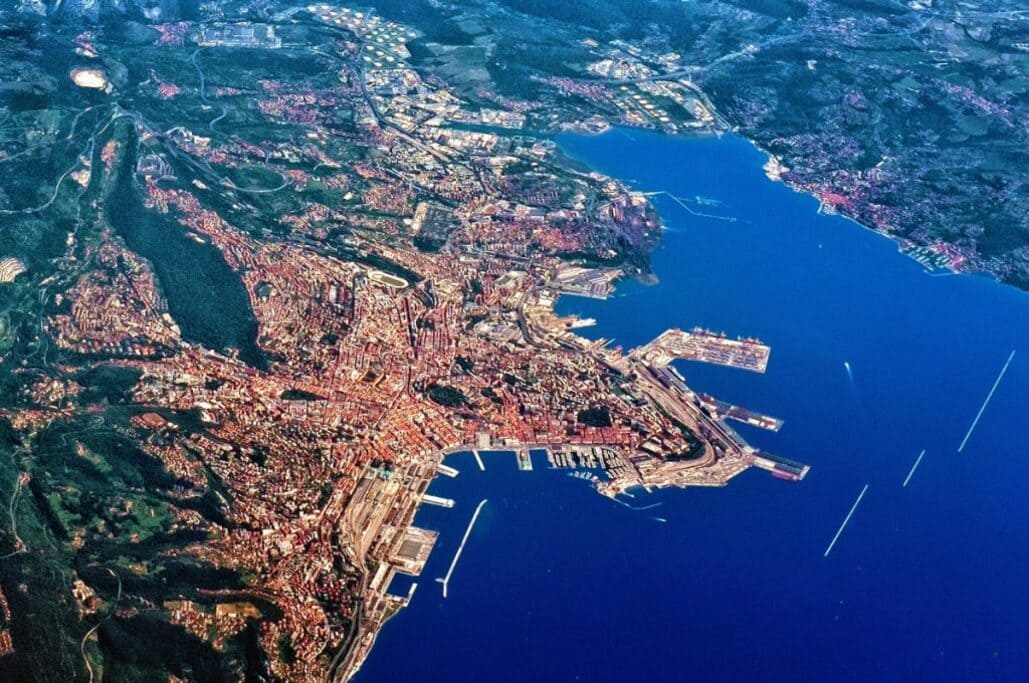 04.10.2021 – 10.40 – After years of waiting, spent in the depths of a dusty drawer, the issue of the full implementation of the customs regime of the international free port is once again topical.
The latest chapter was the resolution passed in the Senate to start talks with the European institutions to clarify how to fully and definitively implement the special status of the Port of Trieste.
To review the main moments that led to this result, Stefano Visintin, President of Confetra FVG, during his speech at the press conference convened yesterday, just on the subject of extra-customs, in the Fratelli d’Italia stand in Piazza della Borsa.
“We start from a basic idea – began Visintin – the port and retroport work, have had significant growth at this time”. A development that, however, “in the medium term could lead to uneven growth in terms of domestic product, value added and hours worked”, due to the automation of processes, a phenomenon that has been taking place for several years, affecting various sectors and from which the port activity is not exempt.

To plug the loss of jobs that is inevitable in this context in the long term (where three people were needed before, one is now enough with the automation of processes), the solution considered most feasible, Visintin explained, “we believe that we must insist on the logistics and distribution logistics part, i.e., quite trivially, open containers, unload trucks, distribute goods, and then link all this to the production chain. So what could be more obvious than to move some industrial production activities to the international free port of Trieste?”. “The customs regime of the free port – said the president of Confetra FVG – consists of many things: the free movement of goods, some tax reliefs and facilitations and just the part related to the customs regime”. In other words, an instrument that makes it possible to achieve the desired result without, however, using the tax lever.

As we know, the request for recognition at European level is based on Annex VIII of the Paris Peace Treaty of 1947, from the reading of which, together with the London Memorandum of 1954, we learn that the port of Trieste benefits from certain advantages. These texts predate the creation of the European Union, and this is the crux of the matter. We have to enforce at European level an international treaty and its consequences that existed before and are therefore valid,” said Visintin, who dived into the technical, explaining that the blockage is actually at the level of the Community Customs Code (introduced in 2013), in which the international free port of Trieste was classified as a free zone of the Community, that is, a customs territory of the European Union.
However, if one reads the Treaty of Paris, one learns that it is actually “an area beyond the border”, and the London Memorandum confirms this. The Government Commissioner’s guidelines even explicitly state that” the international free port of Trieste is beyond the customs border – once of the Italian State, now of the European Union”.

One opportunity, namely the effective implementation of the free port regime, came back into institutional focus in 2017 with the inter-ministerial decree definitively regulating the administrative powers of the international free port. An important milestone, however, achieved a good 23 years after the 1994 “Reorganisation of Port Legislation” law, which, as Visintin noted, accurately reported the need for a decree regulating the free port. The decree, which was later introduced, “essentially identified in the President of the Port Authority of Trieste and then the System Authority the subject that is the owner of the customs regime.”

A crucial year in 2017, not only for the important decree, but also for the acquisition by the Interport of Trieste of part of the industrial area of the Wärtsilä plant to compensate for the lack of space in the new port. Two years later, in 2019, the issue became even more concrete, with the establishment of the Free Point on the site of the Interport of Trieste. “No longer just science,” Visintin continued, “but practise.”
But who is responsible for overcoming this impasse? “It is up to the Italian state, which must apply for this reclassification of the international free port at the level of the Community Customs Code. In 2013, our position as the Italian Republic – according to the President of Confetra FVG – was insufficient, and now the shot must backfire”.
In order to resolve this “frozen” situation, the request for a hearing – in July last year – was made during the joint meeting of Commission I and IV in the Regional Council, the President of the Port System Authority, Zeno D’Agostino, the same Stefano Visintin and, representing the interregional direction Veneto and Friuli Venezia Giulia of the Agency of Customs, Lucia Napolitano and Marcello Fici. On this occasion, the available data, the motivations, the benefits and the opportunities arising from the full implementation of the free port regime were explained.
Following the hearing, a motion presented by Councillor Claudio Giacomelli and unanimously adopted by the Chamber of the Regional Council committed the Council of Friuli Venezia Giulia to lobby the Government for the full recognition of the duty-free status of the free zones of the Port of Trieste. This is a very important step which has the merit of creating an indispensable political condition for resolving the problem once and for all.

Once the issue had gained the attention of politicians, it was also heard at a “higher” level, from regional to national, with a second hearing of Visintin himself, President Zeno D’Agostino and President of the Regional Council Piero Mauro Zanin, in the Community Affairs Commission of the Senate, which made it possible to reach the above-mentioned resolution.
“It is an important result – Visintin concluded – but it is not yet the solution. I am convinced that the solution must be found at the governmental level and must be formulated correctly and precisely at the level of the European Commission and, consequently, the European Union.”
In conclusion, despite the fact that in the last periods of the electoral campaign it seemed almost like a “divisive” issue – but in its most important passages actually saw a full synergy between the different political forces – the free port of Trieste appears in all its implications as a common goal to be pursued, which could be a valuable engine to provide new answers to the crisis, as well as the creation of a regional community capable of creating development opportunities for the coming decades.