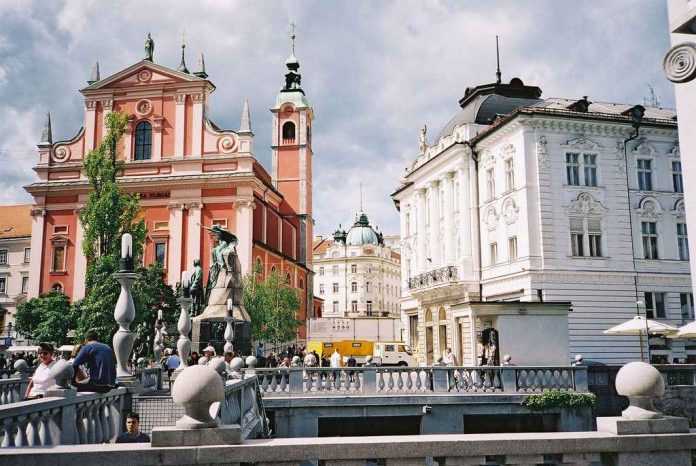 11.04.2021 – 10.00 – Slovenia is close but remains an arcane. Bound to the Balkans by language, history, and economy, the northernmost of the former Yugoslav republics has always strenuously claimed the right to belong to the post-Habsburg ecosystem. A claim that is perpetually frustrated by the eternal return of the memory of former Yugoslavia, the enclosure where many Western partners often still include Slovenes, thirty years after independence and fifteen years after joining the EU. After Lorenzo Monfregola’s in-depth analysis of Germany’s foreign policy and Vuk Vuksanović’s analysis of Serbia’s geopolitics, we spoke with Boštjan Udovič, associate professor of International Relations at the University of Ljubljana, about how Slovenia has tried and continues to try to balance between these two worlds: Central Europe and the Balkans.

Let us start with perceptions. What is Mitteleuropa according to Slovenians?

In the Slovenian mindset, it means only one thing: Vienna. Seen from Ljubljana, Mitteleuropa has always been Austria. But today this is no longer the case: Central Europe is no longer just Vienna, but Vienna, Prague, Budapest, and Warsaw.

And what about the Balkans?

We cannot say for sure. A good example? Slovenia’s foreign policy strategy published in 2015 reads, “The Republic of Slovenia is a Central European and Mediterranean country, lying in the heart of the Alpine-Adriatic-Danubian region and the meeting point of Western Europe and the Western Balkans.” But, in the various versions before final publication, the mention of the Western Balkans kept getting taken out and put back in, taken out and put back in. Not everyone agreed to call Slovenia a “meeting point between Western Europe and the Western Balkans.” In these moments you understand that there’s still a lot of confusion about this issue. Overall, Slovenes are still afraid of being considered a Balkan population. Before independence, among Slovenes it was said “we are not like Serbs: when they dance kolo, we dance waltz”. Similarly, today, when Slovenes read that Croatia does not respect the rule of law, they think “they are Balkans, we are something else”. In the popular perception of Slovenes, the border between Slovenia and Croatia is not only the border between Slovenia and Croatia: it is the border between Europe and the Balkans. This is one of the reasons why Slovenia does not want Croatia to join Schengen. But it is a very forward-looking approach. As in the case of the Piran Bay dispute, Slovenes and Croats have not understood that, whatever happens, they will always stay here, in this region. It pays to be friends if you want to achieve something in the community arena. There, friendships, connections, and blocks count.

Translating popular perceptions into foreign policy, how has this tension between Central Europe and the Balkans evolved from Slovenia’s independence (1991) to its entry into the EU (2004)?

In the first part (1991-1996), Ljubljana aimed first to escape from the Balkans. To reaffirm to the world that it was neither Zagreb nor Belgrade, in any aspect: political, cultural, and economic. Slovenia wanted to be only seen as a Central European nation. An ideological position, which did not translate into anything concrete. Between 1996 and 2002 there was a consolidation of this World view. Slovenia felt emancipated from the Balkans and became disinterested in them. After the fall of Slobodan Milošević (2000) and the famous European Council in Thessaloniki (2003), this position changed again: Ljubljana returned to the Balkans.
It had to admit to itself that in some way it would always remain linked to the former Yugoslavia.

How did Slovenia fare in the EU, once inside?

It tried to become a normal member, capable of interacting on an equal footing with others. A process of normalization that was interrupted by the 2008-2009 economic crisis, which detached many Slovenes from the EU. One of the limits of Slovenian foreign policy is that it constantly changes according to the color of the government of the moment. As a rule, the center-left tends to lean towards the Berlin-Brussels-Paris axis and accepts a link with the Western Balkans. The center-right prefers the Berlin-Vienna axis, and rejects the bridge function between the EU and the Western Balkans. This inability to synthesize emerged clearly in the decade 2008-2018. For Slovenia, those years were a vacuum. Slovenia’s foreign policy was abulic, lethargic, and often volatile. It was unclear what it really wanted to pursue. First, it seemed to be aiming to orient itself again toward Central Europe, then steps were taken toward the U.S., later even toward Russia. Concretely, all these remained vague, theoretical intentions that were not translated into practice. In 2018, having the need to start preparing for the European semester of presidency [July-December 2021, ed.], it seemed that Ljubljana had finally decided to align with Western Europe. At that juncture Slovenia, governed by a progressive and liberal executive, stood out from some Central European countries, such as Hungary and Poland, which were moving away from the EU. Then, a year ago, came the third Janša government. With Janez Janša taking office, there was yet another reversal and Slovenia turned, again, towards Central Europe.

Is this why it joined Central 5 (C5), the Central European grouping formed by Slovenia, Austria, Czechia, Slovakia and Hungary to coordinate the response to the pandemic?

At the moment, rather than cooperation between countries, this format looks to me more like cooperation between prime ministers. In my opinion, the architect of C5 is Sebastian Kurz. By integrating the region around Austria, Kurz aims to form a regional bloc alternative to Berlin and Brussels. It is a revival of the Habsburg Empire, an ambition of grandeur with which Vienna can lull itself into the idea of becoming a decision-making center once again. But neither Budapest nor Prague seem willing to play this game: today, they themselves want to be the decision-making centers.

I think collaboration between C5 countries has structural limitations. They are too different. First, because of history. During the 75 years of Yugoslavia experienced by Slovenia, Austria was perfectly integrated into the Christian-Western world. Hungary, the Czech Republic, and Slovakia, on the other hand, have half a century of Soviet-style communism. At the moment, the two consortia – C5 and V4 – are complementary. But, should differences arise at the European level, I believe V4 would prevail. It has much more cohesion.

Moving westwards, how is the relationship between Ljubljana and Rome today?

Very relaxed. The return of the Narodni Dom to the Slovenian community was a critical symbolic step. It was a signal of friendly communication between the two countries. Disagreements emerge cyclically every February 10, for Memorial Day of Remembrance. There the controversies explode, as in the case of Antonio Tajani’s statements in Basovizza two years ago. There was a bit of an uproar for a couple of days, then things calmed down, and it was not discussed again until the following year. The historical disputes between Italy and Slovenia, in my opinion, are over.

And the commercial ones? Are the ports of Trieste and Koper/Capodistria destined to be rivals?

Synergies could be developed, but they remain two ports that compete for the same customers. This has been seen in the case of Hungary: at the beginning it focused on Koper, and now it has turned to Trieste. They are too close, in a very narrow territory. This competition, in my opinion, will damage both ports of call.

If we also include Rijeka/Fiume, three rival ports operate within 100 km. In the rest of Europe this does not happen: in 100 km you have a single hub, with the neighboring ports acting as satellites. And I believe that a similar solution should be experimented in the Northern Adriatic: identifying a single port for the whole of Central Europe. But it’s not going to happen. The problem is the same, for economic cooperation, for ethnic minorities across the border, for cross-border workers: in a deeply united and historically integrated territory, there are three states. It must be solved if we all want to grow. I’m not idealistic: I don’t think either of unification or of an Upper Adriatic macro-region. I do believe, however, that an economic district could be created between Friuli-Venezia-Giulia, Slovenia, and Croatia.

Are the populations on both sides of the Italian-Slovenian border ready for this scenario?
Does cooperation between Trieste and the main cities of Slovenian Istria (Koper, Izola/Island and Piran/Pirano) exist at the moment? It is very meager. There is little collaboration and much animosity. And we are talking about 40 km. The inhabitants of the province of Trieste don’t know these towns: they go there only for the restaurants, but they don’t know the culture and the States in which they are inserted, the possibilities of cooperation, the projects that are launched. The same goes for Slovenians: they do not know Trieste. I know ten, fifteen places in Trieste, but I do not know the possibilities of cooperation in the cultural field. In the minds of some people, on both sides of the border, the schemes of the twentieth century have remained in force: in Trieste live the fascists, on the other side the communists. For many Slovenes who live near the border, Trieste has been reduced to a mere shopping destination. Some of my students, who live in Italy, tell me that they have been to Piran, Izola and Koper only once or twice. A change of mentality is needed. This altered perception is one of the limits to the creation of that single integrated district on an economic, not political, level, which I mentioned above. A project that could become a model for the European Union. 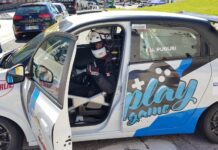 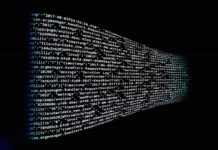 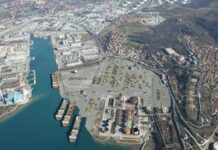 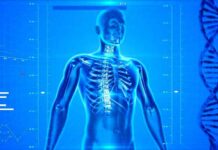 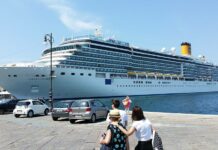 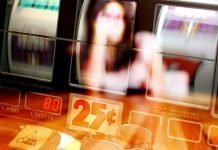