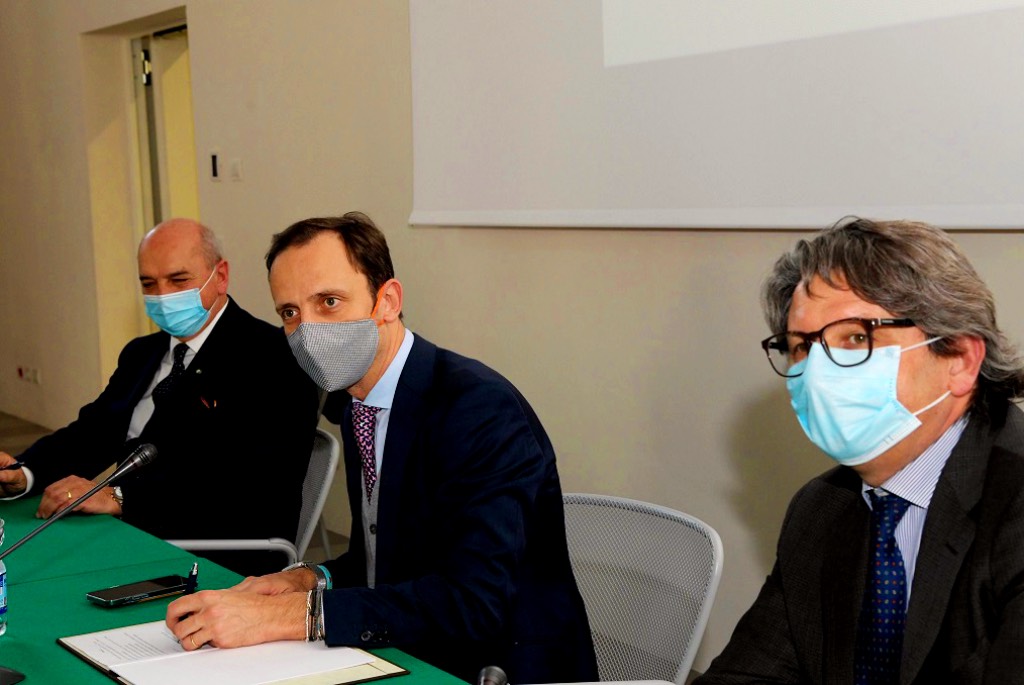 05.03.2021 – 13.30 – “A fundamental step for the redevelopment of Porto Vecchio”, “a fundamental project for Trieste and for the whole Region“. So the president Massimiliano Fedriga after the signature of the Program Agreement for the redevelopment of the Old Port of Trieste undersigned by the president of the Region Friuli Venezia Giulia, the mayor of Trieste Roberto Dipiazza and the president of the Port System Authority of the Adriatic Sea, Zeno D’Agostino.
This is an important milestone, which came at the end of a long discussion between the parties, aimed at reconciling the needs of each institution, given the current location of Porto Vecchio in the municipal area, the significant predisposition of the site to the development of port activities and the strategic regional interests in the future of the area.

The Agreement also provides for the foundation of the “Ursus” (Urban Sustainable System), Consortium aimed at taking care of the transformation and enhancement of the area, as well as its management over time, and also includes the variant to the General Regulatory Plan of the Municipality of Trieste, which the Municipal Council is called to ratify within one month.

“Thanks to the Agreement and the Consortium, it will not only be possible to attract important private investments, but also”, added Fedriga, “to create a structure capable of promoting and making the entire area known at an international level”; “previously, investments arrived through a side entrance. Now they can come in through the main door“.

Specifically, the Agreement distinguishes the current “Area of the Porto Vecchio of Trieste” into two sub-areas: one called “of the regional support settlement systems” corresponding to the areas that have been expropriated and assigned the Municipality of Trieste to be developed, and the other, defined “of the port facilities of regional interest” corresponding to the docks, the Adriaterminal and the coastal strip, which remains state-owned property, assigned for management to the Port System Authority.

“The regional hub project in Porto Vecchio will not only save money in the medium term, but will also lead to an increase in the efficiency of the Region’s services, by bringing together facilities that are currently located in different parts of the city”.
“It will also make it possible to optimise spending on ordinary and extraordinary maintenance, but above all it will help to begin an important redevelopment of this highly valuable and interesting area. If the public sector is not the first to believe in projects of this magnitude,” said Fedriga in conclusion, “it is even more difficult for the private sector to do so.”