A strategic position, a condemnation: the “cursed” Gorizia (and the eastern border was not just Trieste) 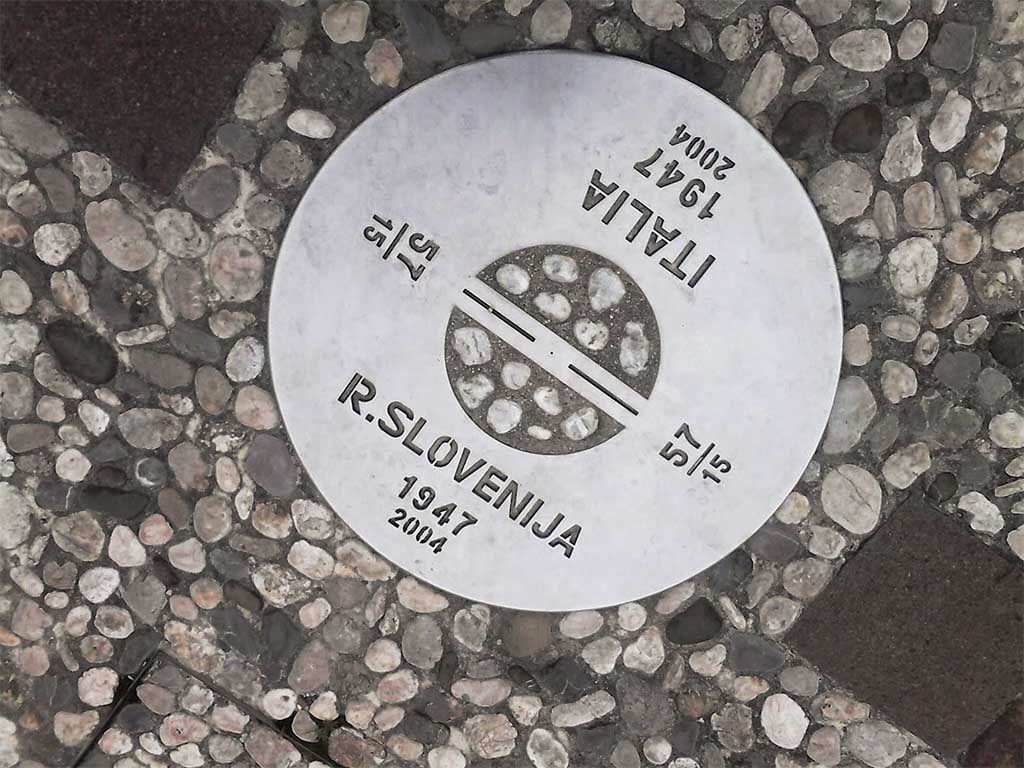 15.02.2021 – 12.50 – In most cases, battles go down in history with the name of the places where they were fought. Sometimes we realise that, even centuries later, the same locations are the scene of battles on several occasions.
The Battle of Thermopylae, for example, is that of 480 BC, in which the Greeks repelled the advance of the Persians. However, at least four other important battles took place in that narrow passage, and this cannot be a coincidence: to invade northern Greece one had to pass through there, and there the Greeks waited first for the Celts, then the Persians, then the Romans, until the German troops in 1941.
The position of Gorizia, which has been in the hearts of many soldiers for centuries, is also advantageous from a strategic-military point of view: it is situated at the convergence of the Vipacco and Isonzo rivers and constitutes a relatively easy gateway for those arriving from both east and west.

In the 20th century, the ‘Battle of Gorizia‘ can be understood as either the one that took place during the First World War (also known as the Sixth Battle of the Isonzo) or the Second.
Geography in conflicts, at least those fought so far, is crucial. The Great War arrived here with a frightening shock: on Mount San Michele, on 29 June 1916, Austro-Hungarian soldiers took the Italians by surprise using gas: thousands, two thousand seven hundred young men died in the trenches in a matter of minutes.
About a month later, the Italian counter-attack (one of the most effective of the entire conflict by the Royal Army) was supported by artillery, which weakened the imperial resistance but at the same time inflicted heavy damage on the city, which emerged half-destroyed from the hostilities.

The conquest of Gorizia, which had been a goal of the irredentists for decades, constituted a success for the Italians whose value went far beyond the military sphere, and about 21,000 other young Italians remained on the field in about ten days of combat.
“O Gorizia you are cursed”. Since the mid-nineteenth century, the territory had been ethnically heterogeneous and multilingual, as was Trieste, and with the approach of the Great War it saw the growth of a feeling of identity, often in an oppositional sense: anti-Slavic for the Italian-speaking people, anti-Italian for the Slovenes.
In the first post-war period, the nationalising policies implemented by the Kingdom of Italy and reinforced by Fascism did not help to resolve the opposition, which however saw a momentary resolution after the Italian surrender on 8 September 1943, in the second Battle of Gorizia.

Italian workers, ex-soldiers of the Italian army (coagulated in the so-called Proletarian Brigade) and some units of Slovenian partisans collaborated in opposing the advance of a German contingent composed of a division (the 71st) of infantry, reinforced during the battle by some units of the 24th armoured division, belonging to the 2nd Panzerkorp.
The 1,500 or so resisters held out for a fortnight before giving way under the impact of the much better prepared and equipped Nazi contingent, which was far superior (from the initial 4-5,000 units it rose to 8,000 in the second week).
This was one of the first notable battles fought by the Resistance movement in northern Italy after 8 September. A reunification, as mentioned, which did not last: in the middle of the battle the Slovenian Liberation Committee, rushing to the aid of the newly formed Proletarian Brigade, declared the annexation of Venezia Giulia to Slovenia. It was a short-lived move, given that the German forces re-established order, but it already signalled the contradictions that would explode shortly afterwards.

As the combat zone shifted eastwards with the Allied resurgence, Gorizia remained an object of contention, this time a political one, like the entire upper Adriatic coastline.
Between the end of the summer and the beginning of the autumn of 1944, the advance of the Red Army in Romania against the Third Reich led to the hypothesis of an imminent descent of the XI Corpus into Friuli-Venezia Giulia.
The AVNOJ (Anti-Fascist Council for the Popular Liberation of Yugoslavia, chaired by Tito) put pressure on the CLN Alta Italia (the National Liberation Committee), within which the Italian Communist Party found itself in a delicate position of mediation.
Agreeing to Tito’s demands would have meant jeopardising the unity of the anti-fascist front, which saw the communist advance as a danger to be avoided as much as the Nazi presence.

At the same time, pursuing an Anglo-American solution to the Venezia-Giulia question would have meant contradicting a line decided by communist Yugoslavia (Tito at the time was, at least formally, aligned with Moscow and had not yet left the Cominform) and with the consent of the Soviet Union. In September 1944, Tito’s emissary Edvard Kardelj proclaimed Yugoslavia’s intention to annex Trieste, Gorizia and Monfalcone and asked the Italian Communist Party to endorse this prospect.
Togliatti, seeing himself in difficulty, spoke of postponing any decision until after the war, but his position was weak, both with regard to Tito (by then a statesman supported by Stalin) and the CLN.
Nevertheless, the balance of the anti-fascist front was destined to break: the communists left the Julian Liberation Committee, the Garibaldi-Natisone division came under the command of the Slovenian XI Corpus, weakening the Italian liberation movement and laying the foundations for the internal divisions that led to the tragedy of Porzus.

Once the war was over, Togliatti tried to turn the table at the meeting with Tito in Belgrade on 2-6 November 1946. Starting from the assumption that Trieste risked becoming a bridgehead of the western powers, he proposed an exchange: Trieste (together with the railway and the strip of coastline connecting it to the external territory) to Italy, Gorizia to Yugoslavia. A political solution, not based on cultural or linguistic considerations. Pietro Nenni, the socialist leader, commented: “Tito gives up what he does not have and asks us for what we have”. Only with Tito’s exit from the Cominform in 1948, the PCI realigned itself with the other national parties in favour of the Italian character of the area; and it is the position of the PCI that is emblematic of how this area and its inhabitants, Trieste in particular but also Gorizia, were considered pawns in international political games, without taking into consideration the heterogeneity of the territory, the cultures and the centuries of coexistence.

The Cold War saw a Gorizia divided in two like Berlin and, once again, transformed into a huge barracks and into a territory ready to be sacrificed in an instant in the name of nuclear conflict, at the first sign of invasion.
After a complex century for Gorizia, after 1989 and the entry of Italy and Slovenia into the European Union, the coexistence of different ethnic groups is once again an asset to be exploited and not hidden away.
The city, together with Nova Gorica, will be European Capital of Culture in 2025. A note by FederEsuli (Federation of Associations of Istrian, Fiuman and Dalmatian Exiles) summarises the difference represented by this historic step for the city, compared to the past: “In the intentions of the mayor of Gorizia and the president of FederEsuli, being European Capital of Culture 2025 will mean, in fact, for Gorizia not hiding anything of its identity, but presenting to the international public opinion a cross-section of history that must be in the public domain not only in Italy, but also at EU level.