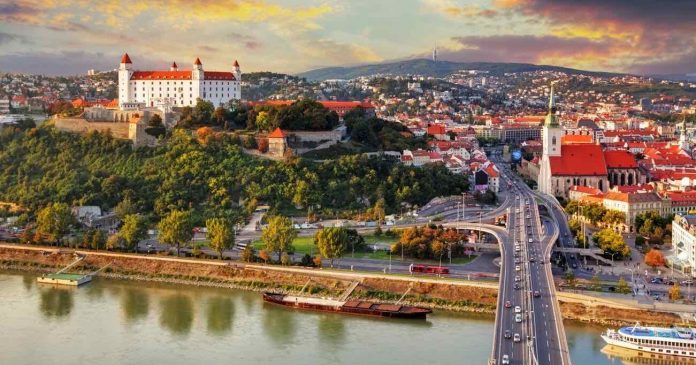 15.09.2020 – 09.45 – Serbia: on October 5 was the 20th anniversary of the end of Slobodan Milošević’s regime, theoretically the beginning of the democratization of the country.
Why it matters: the fall of Milošević and his subsequent surrender to the Hague Tribunal, where he was tried for war crimes, was hailed as the end of the darkest period in Serbia’s recent history.
The 1990s witnessed two wars (1991-95 against Bosnia and Croatia; 1998-99 against Kosovo) and bombings by NATO forces. The electoral victory of the Europeanist Zoran Đinđić seemed to put the Balkan country on the right track: liberal democracy, market economy, the European Union.

Considered with hindsight, today those convulsive months were nothing more than a flash in the pan.
Đinđić was assassinated little more than two years after his appointment; in 2006 Montenegro separated from Serbia, writing the last poisonous chapter of the disintegration of the Yugoslav Federation; in 2008 Kosovo unilaterally proclaimed independence, rekindling tension between Belgrade and Pristina and unleashing new waves of nationalist passion in the Serbian population. Convinced to a large extent that Serbia was the victim of an unjust conspiracy by the Western powers, against which its patron saint — Russia — cannot protect it.
Result: the country wakes up two decades later as an autocracy. Strong word, it might sound like an exaggeration.

In reality this is the assessment of the main independent observers who judge the degree of democracy of all the countries of the world. In the last Freedom House report, Serbia has been defined as an only “partially free” regime, scoring 66 on a scale from 1 (minimum level of democracy) to 100 (maximum level), on a par with Benin, Colombia and El Salvador. Similarly, in this year’s V-Dem ranking, Serbia is ranked 117th out of 179 states analysed, it is branded as a “state in the process of autocratization” and above all it marks one of the most noticeable deterioration in the decade 2009-19.

These numerical assessments of social phenomena (freedom of expression, political participation, media independence, corruption) may sound overly artificial. However, they are similar to the common experience of the majority of Serbian citizens. They emerged sharply in the last elections (21st June), overwhelmed by the ruling party and boycotted by almost all opposition forces.

Albania-Kosovo: the Albanian Prime Minister Edi Rama announced his intention to remove the borders with Kosovo, allowing the latter to have direct access to the Albanian port of Durrës.
Why it matters: the prospect of Greater Albania i.e. uniting all the Albanians of the Balkans, currently scattered throughout Albania, Kosovo, North Macedonia and Montenegro, into a single state was very popular in the 1990s but very far away today: there are no political forces really intent on pursuing this scenario. Although it remained the only one to advocate this solution vigorously, Albin Kurti’s Kosovar Vetëvendosje, an extreme left-wing, nationalist movement, soon shelved it once it joined the government last February. To date no one has the interest, the possibilities or the courage to pursue the foundation of a Pan-Albanian state.

But if the thought of Greater Albania continues to hover as a perennial source of tension, it is also because Tirana really exerts a strong influence on the Albanian minorities in neighbouring countries. It is in fact undeniable that Albania plays a leading and coordinating role for all ethnic Albanian parties in neighbouring countries: it recalls them before the elections, provides them with logistical support and supports their demands.
The most delicate case is that of North Macedonia, where Albanian parties are often in government, in coalition with a majority party, as in the current executive and the previous one, both led by the Social Democrat Zoran Zaev.
He was forced to make important concessions to his governing partners, such as declaring Albanian the second official language of the country.

In the region, many people believe that the historically strong support given by the USA to Albania and Kosovo — reciprocated with an affection that borders on adoration — favours the Albanian-speaking components to the detriment of the other national communities in the region (Serbs, Slavs, Macedonians, Montenegrins).
Announcements such as that of Rama, which in themselves can be shared and also fully aligned with the EU’s wishes (“increase regional cooperation”), are part of this context, immediately triggering waves of turmoil in the region. Serbia continues to fear an imminent union between Kosovo and Albania, interpreting any interaction between the two states as an omen of such an ominous scenario, such as the union of the Albanian and Kosovar basketball championships or a popstar’s tweet.

Slovakia: the former Prime Minister Robert Fico, a Social Democrat, proposed to make the 29th September, the anniversary of the 1938 Munich agreements, a national commemoration.
Why it matters: the proposal of the former Slovak strongman is a counterpoint to another initiative of the same tenor: to establish an official anniversary to commemorate the Soviet invasion of Czechoslovakia (1968).

The historical facts, in short.

With the Munich Conference in September 1938 France and the United Kingdom gave their assent to the annexation of the Sudetenland — a Czechoslovak territory inhabited mostly by German communities — by Adolf Hitler’s Germany. The famous phrase with which the English Prime Minister Neville Chamberlain commented on the Munich agreement the following day (“I believe that this is peace for our time”) is remembered as a sign of the lack of foresight of the Western powers: less than a year later Germany invaded Poland, giving way to the Second World War. Today the centre-left political forces of the Czech Republic and Slovakia — the two states separated in 1993, a few years after the collapse of the communist system — remember that episode as the supreme betrayal by the Western powers.

Thirty years after the agreement signed in the Bavarian city, however, when Czechoslovakia belonged to the communist bloc headed by the Soviet Union (as provided for by the Yalta agreements between the Allies), the invasion came from the East.
On an order from Moscow, the Warsaw Pact States (excluding Romania) occupied the country, ending the so-called “Prague Spring”, the season of political and cultural rebirth with which the Czechoslovaks aspired to create a “socialism with a human face“. After the Soviet-led military intervention, a ruling class was established in Prague, an expression of the most conservative wing of the local Communist Party, which reigned unchallenged until the end of the 1980s.

Which historical facts to remember and how to do so is a choice that favours some political forces over others, favours approaching an external actor (Germany or Russia) and not the other, glorifies some martyrs and not others: unlike Western Europe, in post-Communist countries like Slovakia recent history is not relegated to school textbooks, but is still a living matter.

Hungary-Romania: Târgu Mureş, the main city of Romanian Transylvania, has elected its first Hungarian mayor.
Why it matters: the region, taken away from the Kingdom of Hungary after the Great War with the Treaty of Trianon, signed in Paris after the end of the First World War (4th July 1920), is still inhabited by large Hungarian communities (called “secleri”).
Neither they nor their countrymen who remained at home have ever forgotten the “tragedy of Trianon”: with that peace agreement, imposed by the victorious powers of the Great War, the Kingdom of Hungary — the eastern half of the Austro-Hungarian Empire and considered a defeated power on a par with Wilhelmine Germany and the Ottoman Empire — suddenly lost two thirds of its territory and half of its population, which suddenly found itself a minority in neighbouring countries, recently founded (Romania, Czechoslovakia, Kingdom of Serbs, Croats and Slovenes).

Both during the interwar period and during the communist era, these Magyar minorities had to face heavy repression by the hegemonic majorities in these states.
This was especially so in Romania, where their rights were almost always trampled on and their claims ignored — except during the ephemeral experience of the Hungarian Autonomous Province (1952-68), later suppressed by Nicolae Ceaușescu.
Artificially frozen for almost seventy years, the demands of these minorities reappeared as soon as the communist bloc collapsed. Budapest tried from the very beginning to re-establish relations with these compatriots across the border, explaining their reasons and intensifying political, cultural and economic exchanges.

The advent of Viktor Orbán (2010) accelerated this process. The political parties that look after the interests of Romanian Hungarians have become radicalised, provoking the reaction of the most nationalist segments of the Romanian political spectrum.
Of course, there is no mention of the secession of Transylvania, but the relationship between the Hungarian majority and the Magylophone component is deteriorating considerably.
The first election of a Magyar mayor in the capital of this complex region then takes on a strong symbolic value.