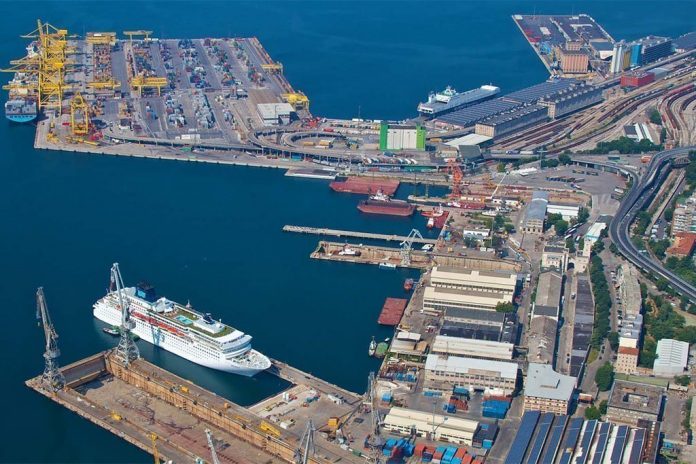 04.10.2020 – 12.58 – The potential of Trieste, like the stars in the Universe, is infinite: this has been shown once again by the new agreement between the Port of Trieste and Hamburger Hafen und Logistik Ag (Hhla), operator of the Port of Hamburg, which, by the end of the year, will become the first shareholder of the Logistics Platform of the city, one of the largest maritime works built in Italy in the last 10 years. An important move for the establishment of a European port network, in order to become a cardinal player on the global chessboard. There is a lot of ferment, aimed at the institution of a leading group in the Union, which will develop a terminal in Trieste to serve the sea-iron system of the countries of Central and Eastern Europe. This news, however, was not well-received by everyone: at least not in the Italian political scenario. We asked Francesco Russo, Vice President of the Regional Council of Friuli Venezia Giulia, for a comment on a statement by the national coordinator of Fratelli D’Italia, Guido Crosetto who said that “The first shareholder of the Port of Trieste has become a German company”.

“On the Port of Trieste it seems that, both nationally and locally, the Right still has some significant problems on the issue — Francesco Russo begins — this week has been incredible for Trieste thanks to the inauguration of the Logistics Platform. It is something truly significant”.
“The arrival of an important company such as the Hhla, in Trieste, really means completing the important work we have done in recent years that puts the Port of Trieste at the centre — continues the Democratic Party representative — making it a partner of those who until a few years ago were distant competitors. We know that now the capital of Friuli Venezia Giulia is at a key point that makes us play in the ‘Champions League’ of the logistics and port network”.

The agreement with the German operator, as well as being a great opportunity to see Trieste placed among the big names in port development, is also a collaboration with an extremely dynamic reality that could create a great link with Trieste in terms of architectural enhancement: Hamburg in fact put many resources in the remarkable recovery of Hamburger Speicherstadt, the largest historical warehouse complex in the world. “A great alliance that allows us to have someone in Trieste that could teach us something important also for the redevelopment of the Old Port — Russo underlines — because, as we know, Hamburg has been the scene of a great revival of the old warehouses”. The Port of Trieste could therefore experience some positive repercussions, thanks to the handshake with Hamburger Hafen und Logistik Ag, also from the point of view of the development of the Porto Vecchio issue.

“A very important agreement, also considering the controversies that have taken place in the past years and the projects that I do not consider concluded, such as the arrival of the Chinese in Trieste: It is one thing to talk to the eastern giant as a small port, but it is another to talk as Zeno D’Agostino has always rightly tried to do, playing as a team within the European Union – continues Francesco Russo – Germany today is one of the champions and, all together, as equals, we can compare ourselves with China from which we should have the ambition to receive goods because we know that, in any case, passing through Trieste means cutting down by many days the journey of the loads that, from the Far East, must land in Central, Eastern and, in part, Southern Europe”.

Getting back to the post regarding Guido Crosetto‘s statements, “I was sorry to read that a person who is considered balanced and competent made such an unhappy joke, but that I often heard in Rome, where there is no perception of what situation of Trieste is like”, underlines the Vice- President of the Regional Council, “I wanted to remind you that the statement ‘the Germans have bought the Port of Trieste’ is wrong”: Hamburg port operator arrives as an important subject inside a quay, just as there are already Turks, Dutch, Austrians, Danes and, obviously, Italians.

This, once again, shows us that Rome has little knowledge of Trieste, the only Italian port that works 90% abroad. We can therefore observe an allergy that the Italian right wing, and Trieste, has towards the port sector: this is demonstrated by the fact that in the Regional Council, during the unanimous vote of a motion that committed the Council to encourage the Government on the issue of the free trade-zones, Forza Italia accidentally decided not to participate”.

“The important thing is that, on a global level — concludes Francesco Russo — matches like this are played with the muscles of the big players and, if Europe continues united, it will make great strides forward, also because it still represents a large and rich market that everyone is aiming for. The agreement made is another springboard for Trieste, because having a partner like this makes you think that if you work well, you can bring home great results. In addition to this, my greatest expectation is that we can finally start working seriously in Porto Vecchio, copying from a very high experience like that of Hamburg“.