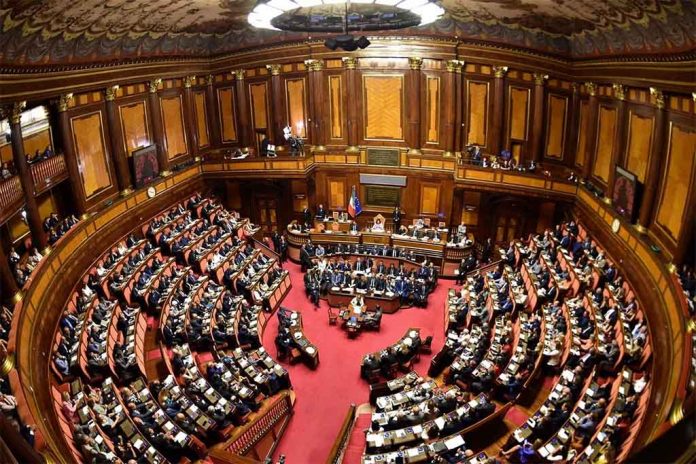 14.09.2020 – 17.20 – The date of the “constitutional referendum” is approaching. On 20 and 21 September 2020 we will vote to decide whether to change the number of Members of Parliament, i.e. the politicians in the Parliament of the Italian Republic.
What is the Parliament for? It mainly has a “legislative” function, that is, it writes and approves laws, which we must all respect.
How many Members does the Parliament count? The Italian Parliament is divided into two Houses, of 630 deputies (deputati in Italian) and 315 senators respectively. Then there are 18 MPs elected abroad and the 5 senators elected “for life”  by the President of the Republic.
Every 5 years, the Italian citizens, who have the right to do so, elect the MPs for the following 5 years.

What advantages would there be, if the “yes” wins? The main arguments in favour of “yes” are the reduction of the costs of politics and the better functioning of the Parliament. How much would we save? I’ll tell you right now: the numbers are not exorbitant. We estimate a reduction of 81.60 million euros per year, out of a total expenditure of 662 billion. That is, there would be a saving of 0.01 per cent. More or less one euro per person per year.
And what are the reasons for the “no”? Those who say “no” say that the savings would be negligible and that reducing the number of parliamentarians would not improve the functioning of the Parliament.
But, above all, those who say “no” claim that, by reducing the number of parliamentarians, the population would be worse represented in Parliament.

Why? When the Italian Constitution was written, it provided for one deputy every 80 thousand inhabitants and one senator every 200 thousand; if the referendum was approved, we would pass to one deputy every 150 thousand inhabitants and one senator every 300 thousand.
It would be the lowest number of parliamentarians in large European countries and the “no” front believes that it would become difficult for smaller territories or minorities to be represented in Parliament.
All the main political parties support the “yes” (only one declares itself “undecided”). Therefore, voting “no” also means challenging the current political orientation.
On the other hand, voting “yes” and reducing the number of parliamentarians would also give a strong message: we are “the people” and we send 350 parliamentarians home, so be careful and work well because we have the power.

In short, a big dilemma.

Trieste and its port, D’Agostino: “Leaving the Silk Road would be suicide”