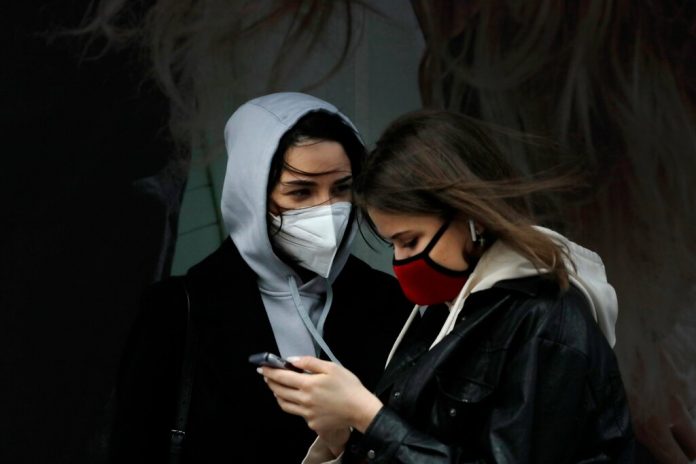 20.08.2020 – 13.00 – A few days ago the news, on different platforms, reported a drastic decline in the age of those tested positive for Coronavirus: the situation in August would see an increase in infections, particularly among the younger population, which left everyone surprised (and increased concern) given the previous preponderance of cases in the elderly.
Is this really the case?
When we talk about Coronavirus and Covid-19, what often springs to mind is the lack of certain data, or at least of disaggregated statistics, that are easily readable by citizens: and in this case, as in other previous ones, the data, read in greater depth, show something different from what the media, perhaps due to oversimplification, report.

Analysing the report published by the Italian National Institute of Health (ISS), it should first of all be pointed out that it is not the average age that is lowered, but the median age: this, in a data set, represents the age that divides the set itself into two halves, with one half of the age below the median and the other half above a given value. Basically, on the total of the collected data arranged in ascending or descending order, the median is the value that occupies the central position of those data. The last report of the ISS indicates that precisely that value, in the last week (August 3 to 9), has moved and is around 35 years old.

At the same time, however, the report also reports that “the median age of confirmed cases of SARS-CoV-2 infection reported since the beginning of the epidemic is 60 years“; the decrease in age is therefore considered per week of diagnosis. It is noted in the report that since the end of April there has been a decreasing trend, with a shift from over 60 years of age in the first two months of the epidemic to 35 years of age in the last week analysed, with a significant number of asymptomatic cases.

On an actual decrease in the age of those infected, a complete picture could be obtained through what is and should always be the main element when reading these data, i.e. the number of swabs carried out, which in this case should be considered broken down by age group. So, out of the total number of tests, how many were taken for each age group? And so for every single week from the beginning of the epidemic to the present. If, in fact, in the last period of time, it was mainly the youngest population or, more generally, the one considered the most active (under 50 years of age) and therefore more likely to contract the virus, it would, logically, be completely normal to lower the age of those infected.

On this data, an indication can be found in the graph (Figure 1) reported by the ISS for the period of withdrawals by age group. Furthermore, the Institute itself indicates in the first part of the report, regarding the increase in asymptomatic cases, that it is due to the characteristics of the outbreaks – which see an ever decreasing involvement of elderly people – partly to a significant increase in imported cases and partly to the identification of asymptomatic cases (in people who have no symptoms and do not become ill) through screening and contact tracing in lower age groups, which was not done in the period from March to May inclusive.

In conclusion, without underestimating the risk associated with Sars-CoV-2 or failing to observe the main safety and prevention measures recommended by the WHO to contain the spread of infection (very frequent hand washing, distancing and attention to unnecessary physical contact, use of masks in closed and/or crowded places), a question arises: with the start of the so-called phases “2” and “3”, with the end (in May) of the lockdown, and therefore with the resumption of work and recreational activities and an inevitable increase in terms of travel and contacts between people (especially those belonging to the most active population groups which tend to leave home more often and therefore to be more exposed to the risk of contagion) – combined with a broadening of the base of tests carried out as a preventive measure – an increase in contagion on all strata, as a normal consequence of the virus still present in the environment, had already been predicted by the scientific community and this is not a situation that can be defined as emergency.

Why should it come as a surprise, and why blame it on young people, threatening other lockdowns? Today some 15 million and 121 thousand people have been cured of the Coronavirus; of those infected, 6 million and 420 thousand (99 percent) have mild or no symptoms of concern.