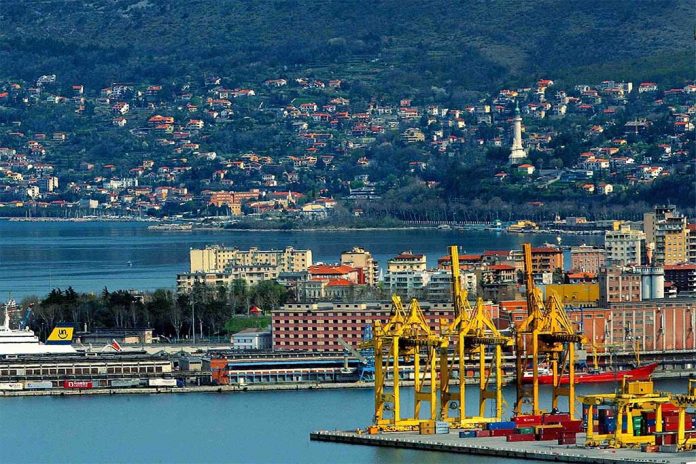 26.07.2020 – 07.00 – The definitive implementation of the free port system in Trieste, the recognition of the legal status of customs extraterritoriality – recognized by international agreements but not yet active – and the consequent opportunities in terms of economic development for Friuli Venezia Giulia, with positive repercussions for the entire productive and industrial sector of the region, have been the topics at the centre of the joint session of the I and IV Council Commission in the Regional Council, seeing Zeno D’Agostino, the President of the Port System Authority of the Eastern Adriatic Sea, Stefano Visintin, President of the ASPT-ASTRA F. V.G. – Association of Freight Forwarders of the Port of Trieste, Alliance of Shipping, Transport and Logistics in Friuli Venezia Giulia, and Lucia Napolitano and Marcello Fici, representing the interregional administration Veneto and Friuli Venezia Giulia of the Customs Agency, as participants.

As illustrated by Napolitano at the opening, the Free Port of Trieste is made up of several parts: the old port, the new port, the “Scalo legnami”, the industrial port, Trieste and Fernetti.
The first ones date back to 1719 and became international thanks to the treaties of 1947 and 1954.
Furthermore, Marcello Minenna, director of the Customs and Monopoly Agency, announced the institution of a permanent working group for the oil pipeline, the railway corridor and, especially, the free port system.
The implementation of the free port of Trieste, particularly at a time of economic crisis like the present one, could, in fact, represent the keystone for an effective relaunch in terms of economic development of the region with positive repercussions for the entire country.

It could in fact become “the place where companies resume their activities and become aggressive again”, said D’Agostino, recalling that this is enshrined in the eighth annex of the 1947 Paris Peace Treaty, from whose reading we learn “that the port of Trieste enjoys certain benefits and that here the best of them must be applied”.
What, then, has held back the effective implementation of the free port system over all these years, freezing the issue for a long time?
“The Italian State has forgotten to say that the free port of Trieste exists, when it listed Brussels its free trade zones”, underlined the President of the Port Authority, as well as “to add that it has all the qualifications to be on that list”.

An “oversight” that, if it does not damage, certainly deprives the territory of the enormous benefits that would derive from it.
“We have the law on our side” he continued “and even an international treaty that says that Italy must make itself known in Brussels to remedy its omission”, reiterating however how, in his opinion, the most insidious obstacle is not so much Brussels as Rome: “Europe will verify if there are the legal grounds” but Italy “must be committed and, as already done with regard to Campione d’Italia, must now do the opposite in favour of Trieste“.
On the industrial development front, and in particular on the opportunity of the industrial transformation of goods within the free port and on the relative and possible critical issues that could arise, Stefano Visintin, recalled that in addition to its feasibility, it is also provided for by a decree of 1959, disproving the fear of the risk of a lower payment of workers.

This problem, he pointed out, does not arise because “national employment contracts” with strong “controls by the System Authority” would still be applied.
Moreover, on the risk related to falsifications or smuggling, continued it would be the customs to make them impossible precisely because, by virtue of the free port state, it is subject to greater controls.
The usefulness would therefore be represented by the fact that “the goods remain in the foreign state and those who hold them do not have to advance duties and VAT before they are admitted to the political Community territory of the European Union”.
Industrial processing within the free port could also be useful “because of the advantageous acquisition of EU origins of the produced goods”

On the other hand, the keystone of the inward processing customs procedure is linked to the assessment of the economic conditions. In the EU, there are 77 free zones, so Trieste is on a par with 76 others and the solution must be drastic” pointed out Visintin.
The necessary intervention by the Government to “inform the European Union that the Julian port must be included in the list of non-customs areas after too many years of incorrect communication” was therefore reiterated.

The opinion of the Council was unanimous, and all the regional councillors agreed on the great opportunities represented by the free port not only at local level – for Trieste and Friuli Venezia Giulia – but also at national level as a strategic junction between most of the world and Europe. Considering this, the need to achieve a strong political act was therefore suggested, which will also require a synergy with the whole territory and its scientific excellence.

The Region, whose position was expressed by the Councillors for Finance Barbara Zilli and Infrastructures Graziano Pizzimenti, shared this opinion, guaranteeing that it will do its utmost to achieve the definitive recognition that would allow the establishment or reshoring of productive realities that are active in the field of the transformation of goods, since they are attracted by the lighter regime, unique in Europe.
The free port of Trieste is therefore an objective on which a synergy must inevitably be put in place not only of political forces, but of the entire territory, with the convergence of all logistic, industrial and scientific skills and competences.

The Port of Trieste, in conclusion, can be an engine to provide new responses to the crisis, as well as the creation of a regional community capable of creating development opportunities for the next twenty years.