30.06.2020 – 18.40 – The Regional Administrative Court agrees with Zeno D’Agostino: after having appealed, he will return to the Presidency of the Port System Authority of the Eastern Adriatic Sea and the Port of Trieste.
At the same time, Mario Sommariva, the general secretary appointed as extraordinary commissioner after D’Agostino lost his position as president, loses his office.
The decision of the Regional Administrative Court of the Lazio region, accepting with this sentence an appeal proposed by D’Agostino himself and an additional appeal proposed by the Harbour System Authority of the Eastern Adriatic Sea with the support of Assoporti, has annulled the measure taken by the National AntiCorruption Authority that had decreed that D’Agostino could no longer keep his position as president of the Port of Trieste, which he was since 2016.

The ruling confirmed, above all, the first ground of appeal, i.e. the one in which it was stated that the prohibition to confer appointments was not applicable when the appointing body (in this case the MIT) is different from the one (the AdSP) that had appointed Zeno D’Agostino as chairman without the powers of an investee company of the Authority (the concessionaire TTP).
The Regional Administrative Court ruled out, in contrast to the National AntiCorruption Authority, that the rule on incompatibility could be applied extensively, thus confirming the arguments put forward by the Authority’s lawyers. 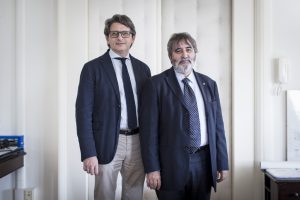 The Regional Administrative Court also noted that, no management powers had been exercised by the Chairman, D’Agostino, in TTP, and this was also in order to exclude the other “extensive” interpretation of the rule on non-applicability claimed by the National Anti-Corruption Authority and rejected without hesitation by the Administrative Court.
The ruling does justice in a few days to the very delicate situation created following the decision taken by the National Anti-Corruption Authority and thus puts Zeno D’Agostino back in the fullness of his office and powers, in the interests of not only the Julian Port.

As the Regional Administrative Court wrote, “the measure by which Dr. D’Agostino was conferred the position of President of AdSP was undoubtedly legitimate”, thereby also rejecting possible interpretations of the rule aimed at extending the rules to any hypothesis other than appointment on the so-called non-assignability of appointments.

This aspect, too, in perspective, constitutes a suitable element and eliminates
uncertainties and guarantees continuity of administrative action. The Authority can therefore immediately reconstitute the organizational structure prior to the decision taken by the National Anti-Corruption Authority, with Zeno D’Agostino as chairman and Mario Sommariva as general secretary, who will thus cease to hold the office of extraordinary commissioner of the Authority, to which he was appointed by Minister De Micheli a few hours after the decision annulled today.

“I am very satisfied for the sentence that brings Zeno D’Agostino back to the
presidency of the Port in such an important moment” has affirmed the Mayor of Trieste Roberto Dipiazza “that sees the closing of the ironworks and the arrival of the Hungarians in the area of the former “Aquila”, and in which it is more than ever decisive to have a safe and strong guide also for the indispensable collaboration with the Port Authority for the development of the Old Port“.

“Excellent news for Trieste and Friuli Venezia Giulia” reports Mitja Gialuz.
“If there is one thing we can focus on for the development of Trieste in the coming decades, it is the Port. Let’s keep them close, he and Zeno D’Agostino who, as President, with Mario Sommariva, made it great again” said Giulio Lauri.

“An important and awaited news, a sentence that gives back – and we can finally say it – to President Zeno D’Agostino his fundamental role in the relaunch of the port and in the logistics of Friuli Venezia Giulia“.
So, Dario Parisini, confirmed this morning at the helm of Confcooperative Trieste.

“We are satisfied – added Parisini – also in the view of the path taken with D’Agostino and the Secretary General Mario Sommariva in creating job opportunities in the Port, one of the main drivers of the economic development of both Trieste and Friuli Venezia Giulia“.