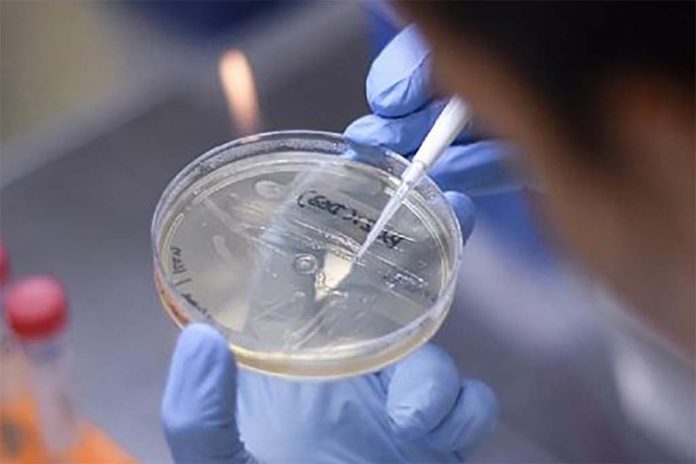 18.04.2020 – 14.28 – Facing the global Covid-19 epidemic, the scientific world has been united in the fight against the virus, and in addition to the measures used to limit its spread, resources and energy have been put into the research and development of useful solutions in dealing with the emergency.
The greatest expectation is certainly that of finding a vaccine, the keystone that, presumably, would allow to end the current emergency and the fear it is generating.
At the moment there are several projects in progress at international level that are trying to develop a vaccine, and among them there are some considered particularly promising; we talked about it again with Piero Carninci, one of the greatest genomic experts in the world, who called us from Japan, where he lives and works.

Among the numerous projects currently under development, that of the Moderna company, mRNA 1273, stands out in particular. What is it about?

“Unlike how it was done in the past, Moderna is not trying to take the virus, inactivate it and then to inject it, hoping that he reactivates itself and generates an immune reaction. They are instead, through the technology in which they have specialized, insulating RNA, the ribonucleic acid of a viral protein. In this case of a protein that sits on the viral capsid, exposed to the outside of the virus.
This ‘piece’ of RNA – which cannot replicate because it is not like a complete virus that has all the elements to do so, is a portion of RNA that is absorbed by the cells -it is produced to create proteins, which are not cellular proteins, which then are exposed on these cells; there is therefore an immune reaction through which our organism creates the antibodies that will later recognize the virus”.

Why is Moderna‘s project considered so promising?

“Because it is a very safe approach: the gene is DNA, which is transcribed into RNA, and only then it creates a protein able to induce the immune reaction. That’s why Moderna ‘skips’ in a certain way the first step, and produces RNA that it inserts into active particles. This RNA lacks all the other genes that would be needed for the rest of the viral action, so the immune reaction develops but the disease does not”.

How is this process made possible?

“Thanks to a series of technologies that Moderna has developed and invested in as an initial business plan for gene therapy. In particular, they intend to produce RNA which is partially modified to make it stable, in large quantities and subsequently, through the use of other technologies, to make it enter the cells.
It is a very logical approach: the gene that sits on the cellular capsid, on the outside of the viral membrane, is taken and it is recognized by antibodies”.

“According to data published so far it is passing through clinical phase I: they have injected the experimental vaccine to some volunteers, 45 participants; now during the clinical trial they will follow them for some time to see if there is production of antibodies, and then if there will be negative responses“.

There has also been talk of its development and production in record time. What do you think?

“I assume there’s an intention to run an accelerated clinical trial: if these first fortyfive people produce antibodies that interact with the virus, if they are immunized and if there are no side effects, we will move on to the other stages.
Obviously, the NIH, the US National Institute of Health, will first ensure the non-toxicity of the vaccine, and only then give the green light”.

Other projects include the Ino 4800 vaccine, one of the projects supported by Bill Gates through his foundation.
How does it differ from the first one?

“In this case, the method is not to introduce RNA into cells from the outside, but to produce it inside the cells. Again, a gene has been selected, presumably the same gene that is exposed on the surface of the virus; through a patented technology, by means of a device – a sort of chip – DNA is repeatedly injected into cells, it is then expressed, and then produces RNA, which in turn produces proteins, which are then brought to the surface of the cells.
Then it is administered on the surface of those cells, and in this case, it induces immunity to what are called ‘T cells‘, the T lymphocytes, which are activated. If the they are activated, when the ‘real’ Covid-19 virus enters the human body and begins to produce these proteins in the cells, as they appear on the surface of the cells, the T cells attack and suppress the infected cell before it can produce hundreds and hundreds of viruses. The research that leads to Ino 4800 is part of a whole series of researches made just to develop the immune activity, and in particular the T lymphocytes themselves. Also, in this case we are in the phase of clinical trials on forty people”.

In this second case there is talk of a possible realization of the vaccine within a year.
Regardless of the time frame, the main problem will then be large-scale production.
Is it possible to predict the time frame?

“This is a question that we all ask ourselves, but it is very difficult to answer at the moment. Probably, in the case of the Ino 4800, I think that the difficulties in producing the chip will be limiting. In the case of Moderna and the industrial production of RNAs, it is required to make a bigger ‘pot’ to make these reactions on a larger scale: ten times bigger, or ten, one hundred reactors for the chemical synthesis of RNAs”.

Among other vaccines, the Italian company Advent IRBM with headquarter in Pomezia and the Jenner Institute of the Oxford University have announced that accelerated testing of 550 healthy volunteers in England will begin at the end of April. A very large number.
How do you get to safe human testing?

“Usually several extensive animal tests have been done before, like efficacy and toxicology tests. At this stage we look at multiple parameters trying to understand if what has been produced is toxic for example to the liver, kidney, neurons, which are considered the most sensitive parts. When, after these tests, it seems that there are no side effects and there were no issues on the animals, we move on to the volunteers”.

From a technical point of view, what results may differ in the transition from animal
to human?

“Animal testing is certainly essential and, moreover, something is done on the animal because it cannot be done on the cells as it is difficult to understand the toxicity on an organism by looking only at cells. At the same time, however, the animal often has different reactions than humans because there are different genes used for detoxification, i.e. the degradation of substances that are put into the body, which are different: these genes are slightly different. Maybe the toxic molecule is new, but if you introduce it into a pig for a laboratory test, no certain answer can be obtained because the organism of the animal will reduce or eliminate its toxicity, which may not happen in humans. It is therefore a phase that requires a lot of attention“.

Why is there a difference in the number of experimental tests that are carried out?

“The protocols vary according to the country and the number of clinical tests that are
carried out. Often, there are also legal issues that cause these differences”.

The importance, or not, of serological tests, and their use in the return to normal phase, to identify who is already immune, has been discussed.
What could be the time frame for testing their effectiveness?

“I think that in the case of serological testing you can do it very quickly, because it is a procedure that does not take long: you have to call the recovered back to the laboratory, and I suppose that they are already doing it. Testing a function of an antibody is relatively simple. It is not a question of introducing something into the human body and seeing in a patient if immunity has developed, if there is no toxicity, checking just after six months whether he is still well; it is a question of taking a test tube, putting a drop of blood in it and seeing if there is a reaction, and doing so, for example, for a thousand people of whom we know for sure that they have had the Coronavirus“.

Did the Covid-19 virus itself show signs of evolution?

“As far as mutations of the virus are concerned, there are no significant mutations that could escape a new vaccine. Currently, it seems that the virus has mutations forming in various parts of it, but with good probability it will still be perfectly recognizable by the first produced vaccine. However, I recently read about a study that reports the possibility of five more coronaviruses in bats”.

What could be the risk in this case?

“If there is a recombination, as happens with swine and avian flu, we should be careful. Luckily, however, China is officially starting to ban the trade of live animals.
The risk, otherwise, is that the possibility of recombination will remain as it is”.

What is the danger of a possible new recombination?

“Hypothetically speaking, for example, the danger could be a virus that has the mortality rate of Sars and the spread of Covid-19; Sars had a much higher mortality rate but spread less. In fact, anything conceivable can happen. We need to start thinking about the development of research centers that will try to simulate possible variations of Coronavirus, as well as other viruses that could become active”.

One of the biggest problems in scientific communication during this period is a large amount of conflicting information.

“There is indeed some confusion in the literature: you have to be careful, there are a lot of pre-publications, i.e. publications not yet validated, and therefore not yet reviewed by other scientists. These publications and studies have not yet passed the so-called peer review, the comparison between scientists and the verification of reproducibility that establishes their actual validity or not. Then, you read everything, because obviously it is right and you want to know and know as much as possible, but you have to be very careful: it is clear that you have to wait for these works and the reported data to be analyzed, and further experiments in this sense are required. Before publishing, there must be absolute certainty“.