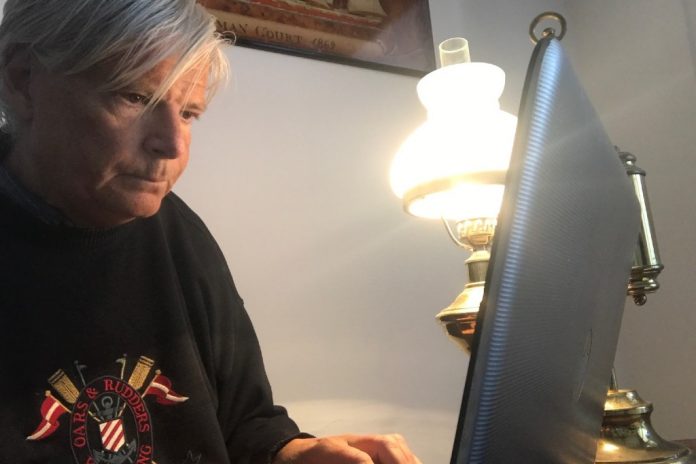 31.03.2020 – 15.30 – How is the Coronavirus emergency evolving these days? We give you here a general overview on the national and local situation, updated to the last March week, in collaboration with Dr. Fulvio Zorzut, a medical epidemiologist specialized in hygiene and preventive medicine.
“Apparently”, explains Dr. Zorzut, “in Italy we have the worst lethality rate in the world, 11%, with as much as 15% in Lombardy, according to the data provided by the Civil Protection.

Now: the rate is absolutely out of scale.
Making simple comparisons with similar and homogeneous countries as, for example Germany it stands at 0.87%, 1.59% in South Corea, 2.8% in Japan, not to mention China, the starting point of the pandemic, where lethality does not exceed 4%“.
Reading between the lines however, one begins to understand something: the epidemiological situation, starting from the map of Johns Hopkins University, which at this moment is the gospel of information on the virus, with data updated in real time – shows itself with worrying numbers.
We are over 2500 new cases every hour, with over 800,000 cases worldwide.
Italy has been overtaken by the United States, with more than 164 thousand positive cases, but in our country, there are still more than 100 thousand of them. For sure, in Italy the demographic factor is to be seen in a critical way.
The over-80s for example, are 5% in Campania, the “youngest” region of Italy, and 12.2% in Liguria, the “oldest” region.
It is intuitive that, with the same degree of spread of the virus, Campania is required to make less health effort to manage the epidemic than Liguria, whose health facilities, although state-of-the art, are in crisis due to problems linked to the high number of elderly residents.
By analogy, China, with a much lower average age, was and is very advantaged compared to Italy. 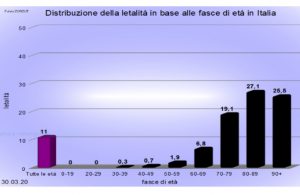 “This,” continues Zorzut, “is at the root of our greater vulnerability to this health emergency which, moreover, requires an increasing availability of beds in intensive care. “If we analyze the national situation, we observe more than 11,000 deaths.
There was a moment around the 20th March, during which it seemed as if they had reached, or at least one was deluded from a statistical point of view to have reached, a point of inflection; for 4 days in fact, there was a continuous decline”.
“Soon, however, a cold shower arrived: it turned out that there were delays, either regarding the delivery of data from the single regions, or from the slowly processed and so accumulated swabs in the laboratories; in fact, after these days of decline, there was a new upturn.
At the moment, the trend is still growing: there is not yet a point where one can hope for a reliable epidemiological mathematical element.
Also in Lombardy there is an outbreak that is emerging, in Milan; there is also the fear that there may be a long wave to the south: on the Peninsula, therefore for now, in my opinion, there will still be a negative trend: being that the incubation lasts about 8 or 10 days, many of those infected today may be in drag from the beginning of the quarantine.
In fact, the Ordinance for the prevention of contagion was already operative, but it has been applied too gradually; in these cases, the measures must be draconian, it seems that they have not been strictly implemented throughout the national territory”.
What happens in other countries? Japan for example, has a much older population than Italy, yet there are much fewer deaths. It is reasonable to exclude an Italian gene mutation of the viral RNA: in fact, there is no evidence of more aggressive viral replications and, moreover, only in our country.
The smoking habits of the population, the multi-pathologies, the climate, as already said – hypotheses advanced by many parts – seem insufficient to explain the phenomenon.
“The problem certainly lies in the denominator of the infected, which in Italy is calculated
exclusively on subjects with Covid-19 positive swab and which, of course, are few compared to those infected in the general population. In the media there is general talk of asymptomatic people, but it is not so simple: there are also mild symptoms in fact, about 75% of those infected, who present only similar flu-like symptoms or not even those, and in many cases escape detection by general practitioners.
And therefore, they don’t even access the ER. Considering then that the infected are at least 10 times more than those identified through the swab tests, the plausible lethality rate would drop to 1%. 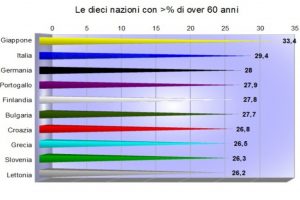 Which, by the way, was also recorded on the Diamond Princess cruise ship. A random study
model, but perfect, because it was confined and measurable with certainty.
So, we need to change the way we count, including the assumed diagnoses in the denominator, based only on clinical symptoms and no longer just on swabs, as has been the case for decades during annual flu epidemics.
In China, at the beginning of February, they made this choice.
“Remaining on the subject, there is probably under-reporting even in the case of deaths attributed to the virus.
Very useful in this sense is the study carried out in the municipality of Nembro on the
increase in deaths in this town.
Here, in the period between January and March of each year, the number of deaths was reported to be around 35.
Between January and March 2020, the deaths attributed to Covid-19, according to the confirmed laboratory diagnosis, were 31, so the expected number should have been about the sum of the two values, namely 66, but surprisingly the funerals were 158: 92 more than estimated. 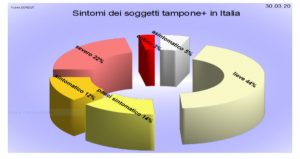 This difference is so high that it cannot be a normal statistical deviation. Did these people die at home and therefore never enter into any statistics? Could Nembro be an example of what’s going on in the rest of the world Country? Sure, it’s a small sample, subject to many variables but it poses an inescapable question.”
Is the dramatic number of deaths attributable to the coronavirus reliable and accurate nationwide, or is it underestimated here too? It is essential to collect data well in a timely and accurate way: the alternative is to nullify predictive regression curves and the use of other statistical tools used by epidemiologists, thus making it impossible to assess what will happen, such as reliably predicting the proximity of the pandemic peak and failing policy-makers to deliver a fundamental contribution to adjust and modify their strategies.
As far as our region is concerned, in reality Friuli Venezia Giulia is at least 20 days out of phase with Lombardy, which is a good thing: the feeling is that even in our region the trend is still growing.
At the moment we have 1501 cases of infection and 107 deaths.
Thankfully, the numbers here are small, but subject to great variability; it would be enough to have not yet processed swabs in the laboratories and the number would grow all of a sudden.
There is also a peculiarity typical of Friuli Venezia Giulia itself: if Italy is an old country, after Japan it is the one with the highest percentage of over 60, Friuli Venezia Giulia is it too.
This means that in our region between 78 and 80% of deaths are in the 60+ age group. So, it is true that young people fall ill, but they recover in the vast majority of cases, often without consulting a doctor.
“I conclude by returning to the peak; it is obvious that we are approaching that moment, otherwise it would be an endless epidemic. One can predict that the peak will be reached around Easter; but to say that, once reached, the whole situation will change, is not correct. Reaching the peak is a good signal, but you have to take into account the whole downhill curve. 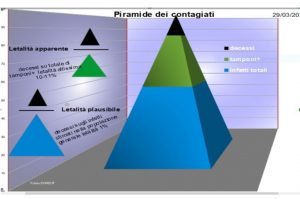 The problem of the social distancing remains, because the peak is not the solution: it is a good starting point to then start gradually reopening the productive activities of the country.
Since the different countries, for organizational reasons, have different speeds and China apparently almost got out of it, while we are still in the middle of the emergency, it is necessary to pay attention to contagions brought in by people from outside our national borders.
The social distancing should therefore be maintained, because by loosening the quarantine too much, the virus could start circulating among the population again. In the meantime, we have the time to organize the progressive reopening of production and industrial activities in order to get the country moving again, because if we wait for the virus to disappear, 5 months are not enough.
We need to set the country also on this new, changed, population”.